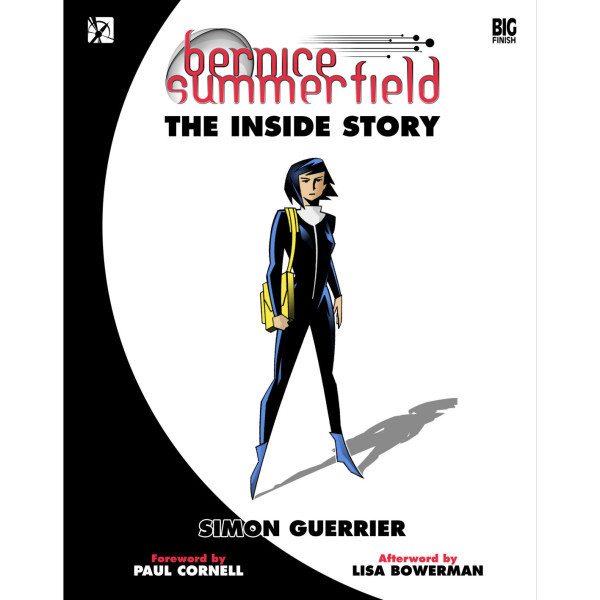 24. Bernice Summerfield: The Inside Story

She has brought down empires and decided the fate of the universe. She is feared by the creatures of evil and revered wherever people have had just a little bit too much to drink. And Bernice Surprise Summerfield isn’t yet out of her teens.

The Inside Story charts the history of everyone’s favourite space archaeologist. We follow Bernice from her first appearance in Paul Cornell’s 1992 novel Love and War, through more than 150 books and audio plays to previews of her forthcoming adventures.

The Inside Story talks to more than 100 people involved in Benny’s development. Find out how she came to be, how she was developed and where she’s going next.

See the stories that almost got told, and listen in on the creative battles, personality clashes and very, very bad jokes.

With exclusive access to never-before-published material, The Inside Story is as wild, exciting and unlikely a journey as any Benny has made herself.

Includes a Foreword by Benny’s creator, Paul Cornell, and an Afterword by Lisa Bowerman, who plays Benny in the audio dramas.