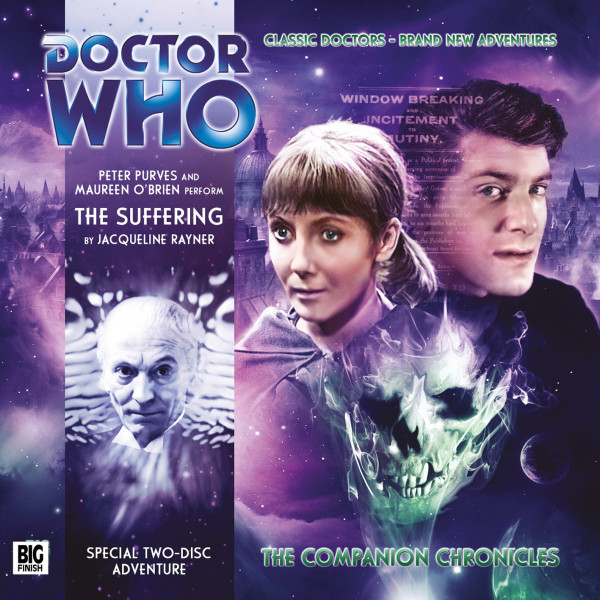 4.7. Doctor Who: The Companion Chronicles: The Suffering

The TARDIS materializes in England in the year 1912, a time of great social change. The Suffragette movement is lobbying for votes for women, and the skull of the so-called ‘missing link’ has been discovered in Piltdown.

While Vicki falls victim to a strange influence, the Doctor and Steven investigate the fossilized remains. The Suffering has been unleashed. Can the travellers survive its rage?

This adventure takes place between the TV stories The Time Meddler and Galaxy Four.

1. An Unearthing
2. The Piltdown Woman
3. The Female of the Species
4. The Sharing