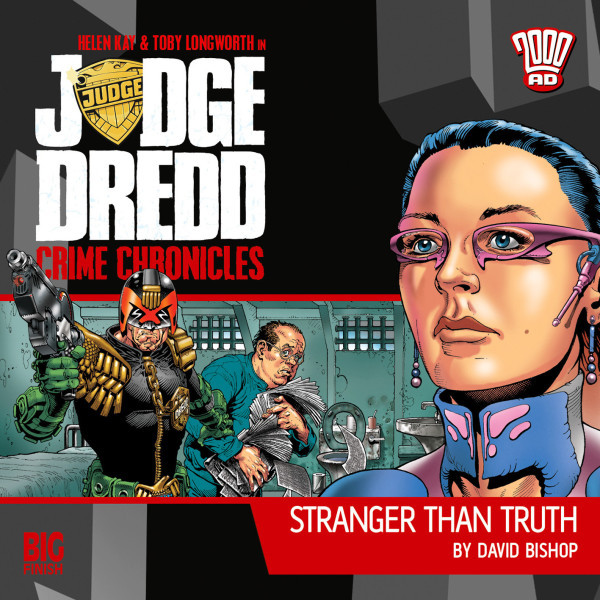 Login to wishlist
2 Listeners
recommend this
Captured and imprisoned by Judge Dredd, author Truman Kaput has spent years in the Mega-City One iso-cubes, his work banned. His crime: writing lurid detective novels in which the fictitious Slick Dickens repeatedly outwits the cowardly bully Judge Dredd. Now a New Truman Kaput novel is being serialised, and each chapter predicts an imminent murder with chilling accuracy.

Has Slick Dickens escaped the page to commit real crimes in Mega-City One? Is a serial killer using the chapters as templates for their crime? Where does fiction end and the truth start? Can Dredd stop the plot before his nemesis fulfils the finale of Slick Dickens: I Killed Judge Dredd?
PLEASE NOTE: THIS RELEASE IS NOW OUT OF STOCK ON CD.
Recorded on: 24 June 2009
Recorded at: The Moat Studios

This story takes place in October 2130.

Next release in this range: Judge Dredd: Crime Chronicles - Blood Will Tell