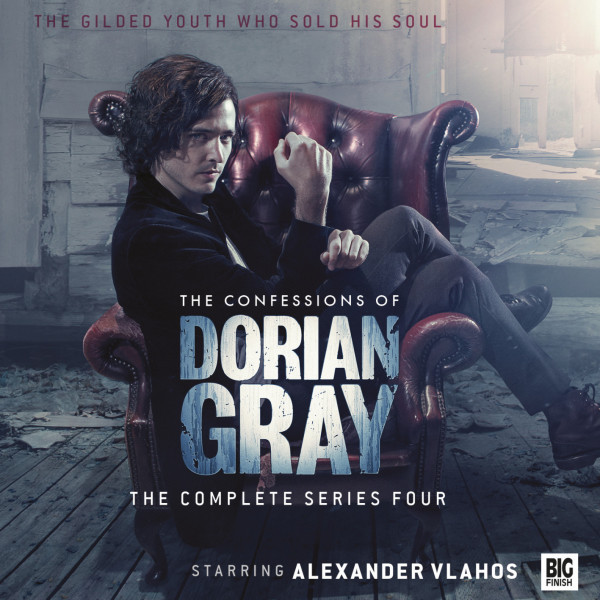 4. The Confessions of Dorian Gray Series 04

4.1 The Enigma of Dorian Gray by Roy Gill

Salford, 1968. Dorian returns to one of his former universities, having been summoned by his old friend, Adam Notting. Instead, he is greeted by BEAUTY: the product of Notting's research into artificial intelligence. But is BEAUTY all it seems to be? And what of the BEAST...?

Scandinavia, 1974. After rescuing a young woman from the middle of a desolate forest, Dorian realises they're not alone. There's something else in the woodland with them - something follow them - and it won't give up until it's finally tracked them down.

London, 1998. To alleviate a typical bout of boredom, Dorian decides to have his appendix removed - again - and checks himself into “a very nice private hospital”. However, upon his recovery, he sees a hideous creature stalking the wards. Is it just a side-effect of the drugs, his mind playing tricks... or is there something more sinister going on at Melrose Hospital?

4.4 His Dying Breath by George Mann

London, 1929. The Bright Young Things of the city are living life to the full, when a series of unusual murders strikes the capital. It isn't long before Dorian finds himself singled out as a suspect and has to clear his name. But how to prove your innocence when the killer might not even be human...?

County Meath, 1900. After one Dorian's friends acquires a house on the Emerald Isle, Dorian travels with him to Ireland to inspect the estate. There, they find a house in disrepair... and a supernatural tenant desperate to vacate the premises.

4.6 The Abysmal Sea by David Llewellyn

Greece, 1974. In a last-bid attempt to save their flagging relationship, Dorian Gray and Alyssa Symes embark on a simple sailing holiday in the Aegean. But the deep, still waters hide a terrible danger, and they may end up losing more than just each other...

4.7 Inner Darkness by Mark B Oliver

Iceland, 2009. When a mission to finally see the Northern Lights turns sour, Dorian finds himself stranded in the middle of nowhere. It is only after the kindness of one of the locals that he is rescued, and learns that there may be more to the local legends than meets the eye.

4.8 The Living Image by Matt Fitton

England, 1949. A chance encounter on a train propels Dorian into the lives of Mr and Mrs Moore. To him, their lives are ordinary, mundane: the kind of lives he's always striven to rise above. However, the grass is always greener...

PLUS! The collection also includes a bonus disc of behind-the-scenes interviews with cast and crew.