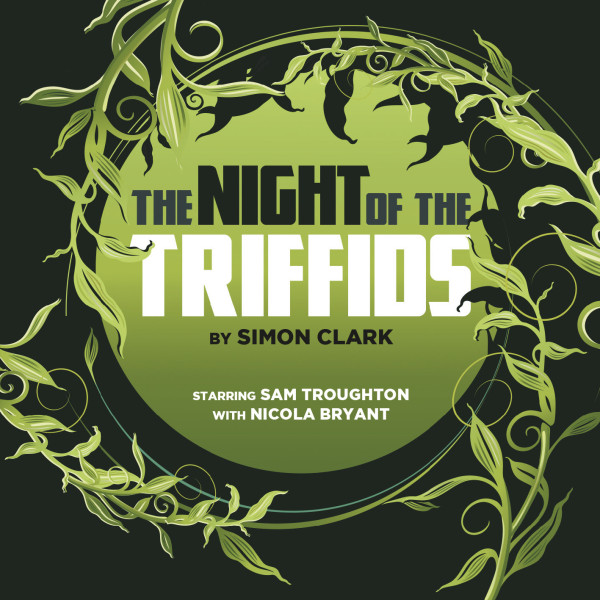 The Night of the Triffids

Download
US $16.08
Buy
Login to wishlist
5 Listeners
recommend this

On the Isle of Wight, a colony of survivors wakes to a world plunged into darkness. Before long, the triffids, thought safely out of the way on the mainland, attack...

In John Wyndham’s classic bestseller The Day of the Triffids the world has been overwhelmed by killer plants. As the novel ends, Wyndham’s narrator scientist Bill Masen is escaping, with his wife and four-year-old son, to the Isle of Wight where a small colony of survivors is holding out. Simon Clark’s sequel picks up the story twenty-five years on.

The survivors are safe, for the time being at least, on their island, where they have continued efforts to combat the triffids, while also striving in various ways to build a new civilization. Elsewhere in the world, similar colonies cling to survival, while the triffids persist in their attempts to destroy humanity.

One morning Bill Masen’s son, David, now grown up, wakes to a world plunged into darkness. Now, the triffids have an advantage over humanity.

The Night of the Triffids is accompanied by a bonus hour of download-only behind-the-scenes interviews exclusive to Big Finish customers.

THIS RELEASE IS NOW OUT OF PRINT ON CD.

IN THE NIGHT GARDEN

NIGHT descends on Big Finish this month, with the release of The Night of the Triffids. A full-cast drama based on Simon Clark’s acclaimed 2001 novel – the official sequel to John Wyndham’s The Day of the Triffids – the story has been especially adapted for audio by the author.

And there’s a host of familiar names in the cast, with Sam Troughton and Nicola Bryant, as well as Big Finish stalwarts Toby Longworth and Helen Goldwyn.

The original 1951 novel saw the Earth being overrun by killer plants, with the majority of the population having been struck blind. The novel ends with scientist Bill Masen escaping, alongside his wife and four-year-old son, to the Isle of Wight where a small colony of survivors is holding out. The sequel follows these events, 25 years later, with Bill’s son David waking up to a world plunged into darkness.

Writer Simon said: “I was such a big fan of John Wyndham’s work and I loved the original novel, which I read when I was 12 or 13. I finished it, and thought there would be a sequel because it’s such a good story, but of course there wasn’t one. So years later when I became a writer, I wanted to continue the story, just for myself, to see where the characters would go. I mentioned this to my agent, who thought it was a good idea, and he spoke to the people who represent John Wyndham’s estate. I had to write a few sample chapters which they liked, and was allowed to do the novel. It was a real labour of love.”

The novel was published to critical acclaim, winning the British Fantasy Award in 2002. Bringing the adventure to life on audio came about as a result of a conversation between Simon, and his friend John Ainsworth, producer of several Big Finish ranges including Doctor Who Unbound and 2000AD.

“I’ve known John for a number of years,” explained Simon, “and we were going to work together on Blood of the Robots, my ill-fated Doctor Who story which would have followed The Scream of the Shalka animated story for the BBC. It was mixed feelings when it was cancelled – I was disappointed because I was desperate to write a Doctor Who story, as I’ve always loved it, and was also happy because it was coming back on TV!

“We said we should work together on something, and I thought perhaps The Night of the Triffids would work as a Big Finish audio. I spoke to John about it and he took the idea forward to Big Finish, who came back and said, ‘Yes, let’s do it.’ This was in the latter part of last year and it all came together very quickly.

“When John asked me to do the audio adaptation, my first thought was, ‘I can’t do this,’ because I write novels and short stories, having written very little in the way of scripts. Initially I didn’t like the idea of adapting my own novel. I had a long conversation with John about it and he talked me through it all. He said to pick out the core of the story and we agreed which part we would use, because the main part of the plot is the hero going to New York and the adventures stem from that journey.

“I was surprised at how well it went – it was maybe easier than I expected, and I was thrilled to be able to write the script of the book.”

John said: “Collaborating with Simon on the script for The Night of the Triffids was great fun and very rewarding. Simon and I have been attempting to work with each other on and off for over ten years, so we were both very pleased to finally be able to see a project through to its conclusion. Simon hadn’t written an audio script before and was a little nervous about it. However, he needn’t have worried as he did a really great job of it. I was on hand to give suggestions and advice as his script editor of course, but the script is most definitely his own.”

As the play’s director, John had the difficult task of finding the right people to bring the characters to life. He explained: “The choice of actor to play David and, of course, be the narrator of the story, was very important, but I very quickly arrived at the idea of offering the part to Sam Troughton. I had worked with Sam several years ago on two of the Robin Hood talking books that Big Finish produced. Sam had been a regular in the TV series on which the audio was based, but that was his first talking book, and it was also mine!

“But we worked really well together and had a very rewarding day, so I always had it in my mind that I’d like to work with him again on something. So, The Night of the Triffids seemed the perfect opportunity and he was very keen to do it and did a great job, bringing a real sense of energy to the role and the narration.

“Nicola of course is known to Doctor Who audiences as Peri. I needed a good ‘American’ actress and immediately thought of Nicola. I love working with Nicola. She is extremely thorough in her preparation for a role and gives 110 per cent. As much as we both love Doctor Who, we both enjoy the opportunity to step out of that world and do something a bit different like The Night of the Triffids.”

A delighted Simon added: “It’s a fantastic cast. John put the cast together and said to me, ‘What about Sam Troughton to play David?’ That got me excited because it was the grandson of Patrick Troughton, and he sent me some of Sam’s work for Big Finish when he did Robin Hood, and it was just the perfect voice that I wanted. It’s a great voice.

“When you hear him talking, he very much comes across as the listener’s friend when you hear him. He’s got one of those voices that’s really reassuring, and it’s such a great quality to have for The Night of the Triffids.”

Simon was delighted to attend the recording of the play earlier this summer, and found it was a slightly more emotional experience than he had expected it to be. He said: “I sat there quite choked up when I was at the recording – I was sitting on a big red couch, watching everything that was going on, and didn’t say anything.
“John turned round and asked me, ‘Are you alright?’ I couldn’t say anything, as it was quite emotional hearing these characters I’d created come to life. Also, I had an irrational moment for just a fraction of a second where I worried if I said anything, it would be recorded too! Of course, that would be impossible because the actors were in a sound-proofed room.

“It was fantastic hearing all the actors, like Sam and Nicola Bryant, saying my lines, and it was such an incredible experience.”

John concluded: “I couldn’t be more pleased with the finished production of The Night of the Triffids. It really has come together beautifully. Sound designer Martin Montague has done an amazing job of bringing life to the story and creating those very distinctive sounds made by the Triffids themselves. Howard Carter has also weaved his usual magic and has delivered a truly cinematic score which really conjures up the post-apocalyptic world of Simon’s story.”

A free MP3 download of the Triffid rattle for Big Finish listeners - a recommended phone ringtone!