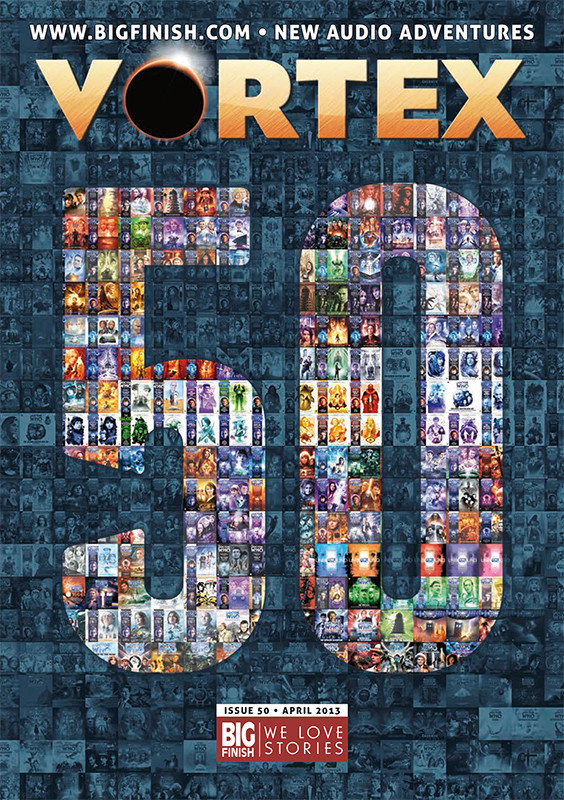 It's the fiftieth issue of Vortex and the fiftieth anniversary of Doctor Who, so what better time to announce details of our anniversary stories? The writers and producers of The Light at the End, the 1963 main range trilogy, the celebratory Companion Chronicles and Destiny of the Doctor reveal what's coming up as we head towards November!

They're back! The latest Fifth Doctor trilogy begins this month with Eldrad Must Die!, so we got stars Janet Fielding (Tegan) and Sarah Sutton (Nyssa) to give some hints of what's coming up...

DOCTOR WHO - THE FOURTH DOCTOR ADVENTURES

Writer John Dorney talks about his latest addition to the range in the shape of The Justice of Jalxar, starring the dream team of the Doctor, Romana, Jago and Litefoot. But what other dreams does Mr Dorney have...?

There's a brand new box set of adventures coming for Bernice Summerfield this month, so we got some thoughts from the writers: Xanna Eve Chown, Merlin star Alexander Vlahos with his first Big Finish script, and Gary Russell.

As the Ice Warriors return this month to TV, we look back at their inaugural Big Finish appearance, Red Dawn.

Nick Briggs answers your letters, and there's a list of upcoming releases. If you've got a question for us, please mail enquiries@bigfinish.com and mark your e-mail Vortex Mail.