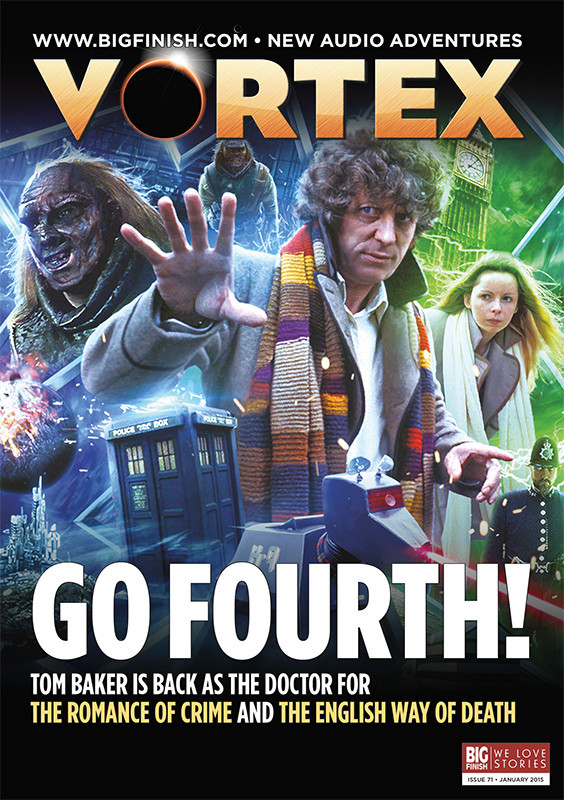 With the two Gareth Roberts classic Doctor Who novels being released in January - The English Way of Death and The Romance of Crime, as well as the Fourth Doctor by Gareth Robert's deluxe release - Tom Baker is interviewed about his work, and a rather unusual bequest...

Andrew Smith discusses Doctor Who - Mistfall, and writing a sequel to his own TV story

We talk to Jamie Anderson about his work on the upcoming Big Finish release, and on carrying on his father's legacy

PLASTERING OVER THE CRACKS

There's a comprehensive feature on Dark Shadows - Bloodlust: an exciting new release taking the series back to its roots as a thrilling edge-of-the-seat serial

Ahead of this month's release of The Avengers - The Lost Stories Volume Three, we chat to Lucy Briggs-Owen about her role as stalwart Carol

Our monthly look at a story at a budget price moves to Dark Shadows release The House of Despair.