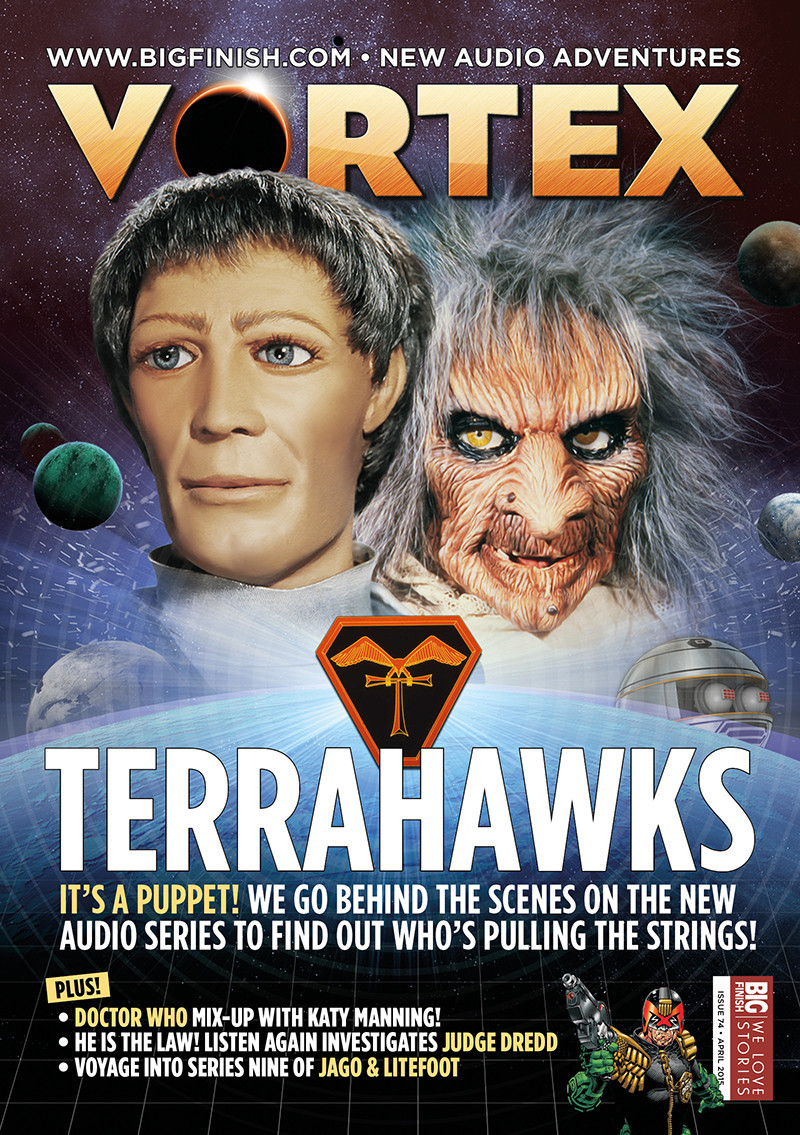 Katy Manning talks to us about going back to the 1970s, as Jo Grant and the Doctor get involved with a new threat in Doctor Who - The Defectors. But although it's the right period, it's the wrong Doctor!

We talk to all those behind this month's revival of Gerry Anderson's Terrahawks for a huge, in-depth exploration of the first Big Finish release of April!

Christopher Benjamin and Trevor Baxter are among those we talk to about the upcoming Jago & Litefoot Volume 9, as the two adventurers go on a cruise - what could possibly go wrong?!!

Paul Darrow discusses his take on Avon, as seen in his new novel Blake's 7 - Lucifer: Genesis. What next for the sardonic criminal and rebel?

Our monthly look at a story at a budget price on Download is Judge Dredd - Crime Chronicles: Double Zero to mark Louise Jameson's role in this month's Doctor Who - The Fourth Doctor Adventures: Death Match.