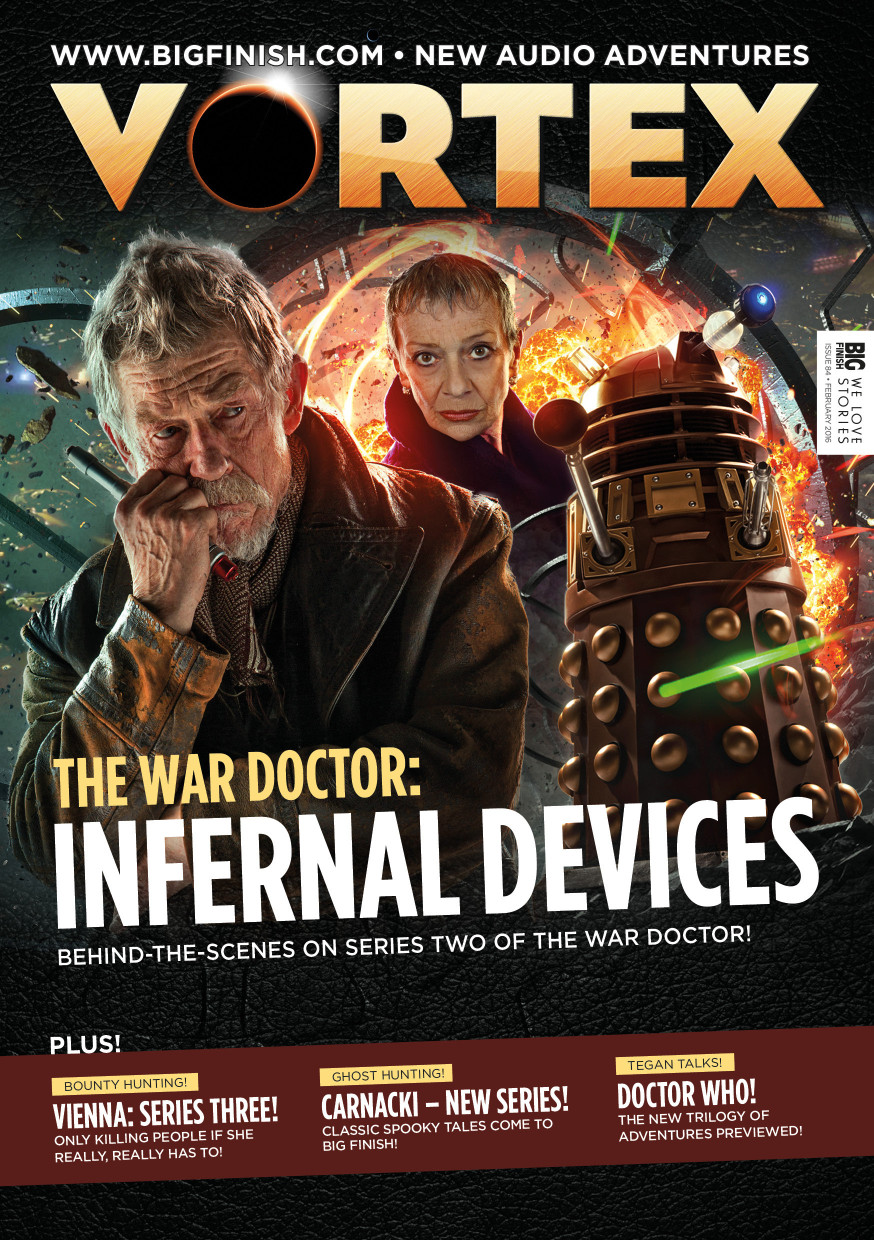 We go back in time with this brand new release, as Doctor Who's Dan Starkey brings to life the character of Thomas Carnacki for Carnacki - The Ghost-Finder, a new release from Big Finish. Dan and director Scott Handcock talk to us about creating an audio production based on William Hope Hodgson's 1910 ghost stories...

The War Doctor's back for a second run of adventures in Doctor Who - The War Doctor: Infernal Devices. Jacqueline Pearce and the writers of this new release talk to Vortex about bringing these exciting new scripts to life

Doctor Who - Aquitaine is the latest main range release, landing the Doctor, Tegan and Nyssa on a spaceship with secrets. Director Jamie Anderson lets us in on a few confidences about the making of the tale...

This month sees the return of Vienna and Jexie for three more stories featuring the galaxy's most glamourous bounty-hunter. Chase Masterson talks about a character very dear to her heart, while producer Cav Scott gives us a rundown of this year's adventures.

Producer James Goss and writer Guy Adams look at the making of Torchwood - More Than This, the last story from this popular series' first year.

"Axos calling Earth". Marking 45 years since the broadcast of The Claws of Axos, we look at Big Finish's own story with the golden ones... Doctor Who - The Feast of Axos.