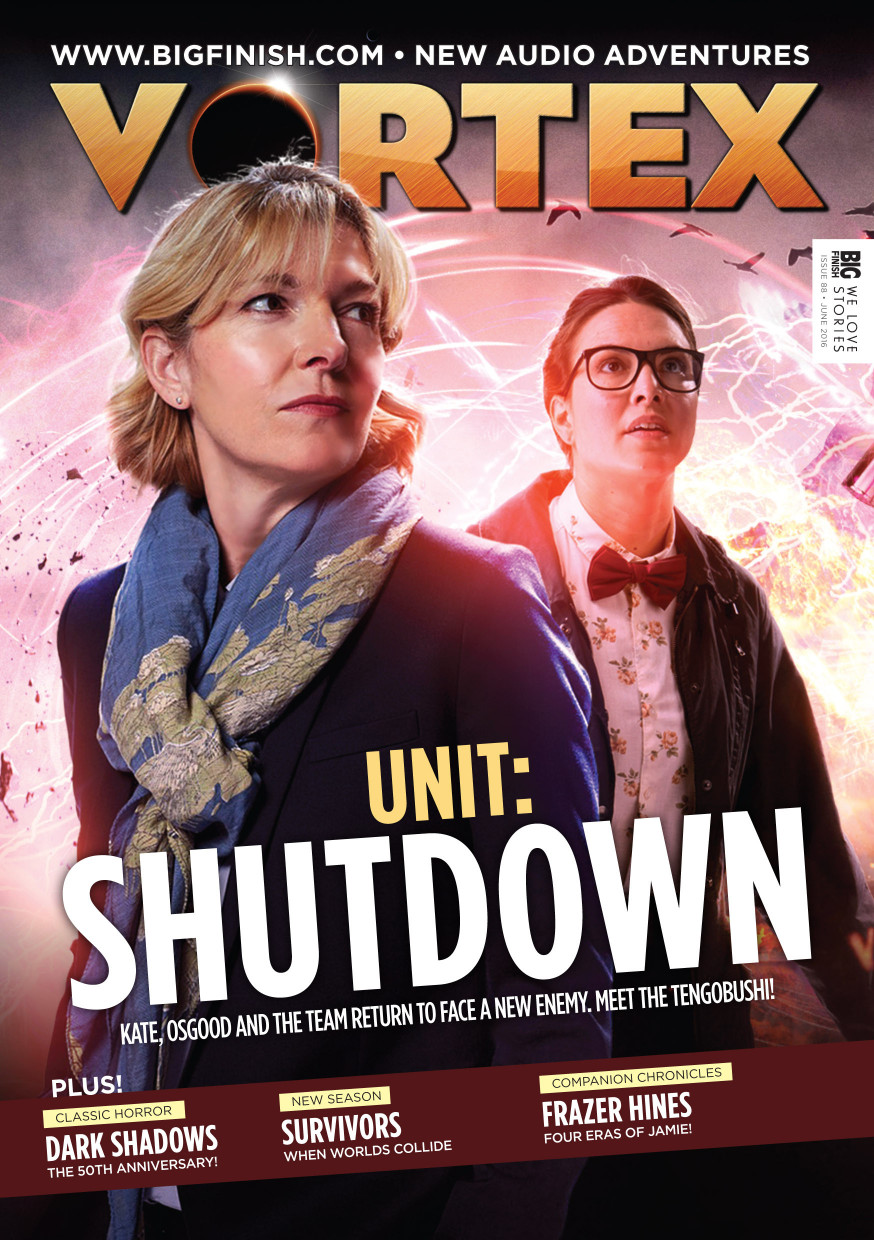 2016 marks the Fiftieth anniversary of the arrival of Patrick Troughton's Second Doctor to Doctor Who, and the Scottish warrior who travelled with him through time and space. Doctor Who - The Companion Chronicles: The Second Doctor Volume 1 celebrates this era, and Vortex finds out how this four-story release came about, including a chat with Frazer Hines' about Jamie McCrimmon, Big Finish and his time on Doctor Who.

Plus, there's an advanced glimpse of Doctor Who - The War Doctor: Agents of Chaos.

Kate Stewart (Jemma Redgrave) and Petronella Osgood (Ingrid Oliver) are back for another thrilling box-set adventure: we go behind-the-scenes on their return in UNIT: Shutdown, and on confronting the Tengobushi...

Another cult TV series hits its 50th anniversary - happy birthday Dark Shadows! Vortex editor Kenny Smith looks at the TV series and how it was brought to life at Big Finish, and how the Fiftieth is being marked with Dark Shadows - Blood and Fire...

June sees the fourth release of our hugely-popular and critically acclaimed Survivors series. Vortex talks to those responsible for this latest set, including Louise Jameson, who both acts and writes for Survivors - Series Four...

With Dark Shadows celebrating its Fifth Anniversay this month, we go back in time to June 2011 to examine Dark Shadows - The Creeping Fog, a story bringing together series actor David Selby, and Doctor Who actor Matthew Waterhouse - Matthew's first appearance in Dark Shadows but not his last. As our Listen Again title, this will be £2.99 on download for the month.