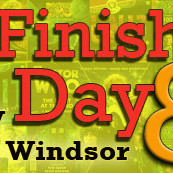 Big Finish's eighth celebration day, bringing together the cast and crew of your favourite audios.

For tickets and more information, check out the 10th Planet Website here: http://www.tenthplanetevents.co.uk/conventions---big-finish-day-8-825-c.asp