You are here
Tags : Stop Press The Confessions of Dorian Gray

10 years after first playing the part on audio, Alexander Vlahos takes his immortal portrayal of Dorian Gray to the screen.

The Confessions of Dorian Gray: Before Your Eyes, written by Scott Handcock, premieres on 27 October 2022, exclusively at the Big Finish YouTube channel, here.

The 10-minute short film marks a decade of the acclaimed audio series, The Confessions of Dorian Gray, which began in 2012 and imagines a world where Dorian Gray was real and his friendship with Oscar Wilde spawned the notorious novel.

Outlander and Sanditon actor Alexander Vlahos stars in the lead role alongside Georgia Amodu Curtis (as Jada), with Timothy Blore and David O'Mahony.

Alexander Vlahos said: “Dorian’s finally breaking through the shackles of audio! In terms of the work I’ve done in my career, playing Dorian Gray has been the proudest I’ve ever been.

“The writing is such a joy and it’s a part I’ve absolutely fallen in love with. Every time I get a script, I’m so thrilled to see where we take him. I’m really grateful that everyone at Big Finish has given us this opportunity.”

Producer and director David O'Mahony added: “This is a celebration of 10 wonderful years of The Confessions of Dorian Gray – celebrating where it started, where it's been, and where it might go in the future. We wanted to give fans a platform to enjoy and honour Scott Handcock's brilliant scripts.

“It was brilliant working with Scott, Alex and the whole team to create a beautiful film that will leave the audience wanting more and more of Dorian.”

Writer Scott Handcock said: “Before Your Eyes provides a slick, sharp insight into the life of our Dorian Gray. If you’ve never heard the audio series, it introduces all you need to know. If you’re already a fan, you’ll recognise aspects we’ve already explored. But there’s also a fresh new story too, as Dorian encounters the mysterious Jada.

“It’s a beautiful short, packed so full of life and darkness – much like Dorian himself. David O'Mahony and the team have done an amazing job bringing our Confessions to life and Alex continues to make Dorian Gray his own. I want to go back and rediscover all our old stories now. What better way to commemorate ten years?” 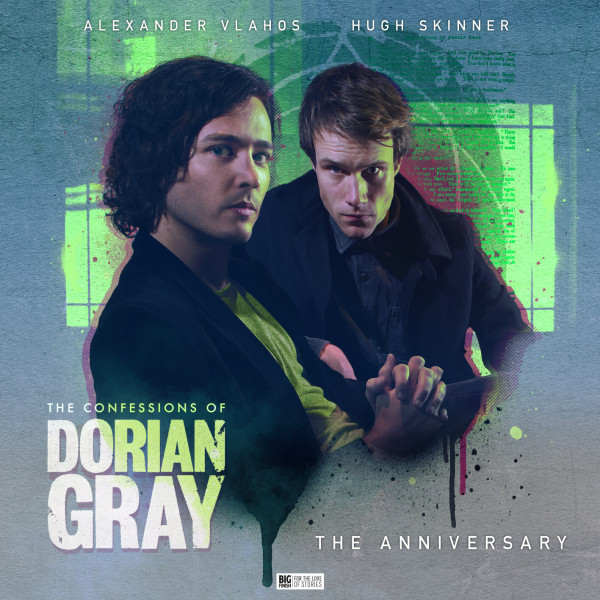 The 10-year celebration continues with an hour-long audio adventure, The Confessions of Dorian Gray: The Anniversary, also due for release on 27 October 2022.

The Anniversary features bonus download content including: behind-the-scenes interviews with cast and crew; a suite of incidental music; and an additional short story — Gray Matters — read by Alexander Vlahos.

The Confessions of Dorian Gray: The Anniversary vinyl LPs with exclusive signed artwork are strictly limited to a pressing of 500. Please note: a shipping fee will be added onto the price of pre-order vinyl purchases. Anyone buying the vinyl edition will get access to a download of the vinyl version, as well as the additional content as bonus downloads.

Please note that Big Finish is currently operating a digital-first release schedule. The mail-out of vinyl LPs may be delayed due to factors beyond our control, but all purchases of this release unlock a digital copy that can be immediately downloaded or played on the Big Finish app from the release date.