More details and the artwork on one of our new Big Finish Originals has now been revealed. Coming out in October, Blind Terror: The Gods of Frost stars Eve Myles (Torchwood, Broadchurch) in this original gothic horror from the pen of Guy Adams.

Six half-hour episodes of this new horror series are being released in October, produced by the team behind The Confessions of Dorian Gray. 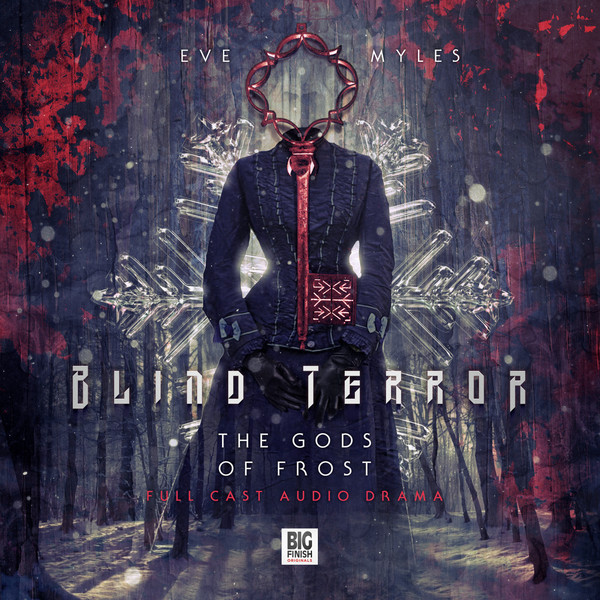 Following the death of her husband, Kathryn Ellis becomes the new housekeeper at Hodder Hall, keen to embark on a bright new future… only, her past won’t let her go just yet, and the ghosts that stalk the village threaten to cut her future short.

The Gods of Frost a six-episode series, will be available on download from www.bigfinish.com at a pre-order price of £17.

And to see more of Eve Myles, catch her television series Keeping Faith on BBC iPlayer now. This eight-part drama series about a woman whose husband disappears one day is well worth tuning in to!†¨ The penultimate episode airs tomorrow at 9pm UK time on BBC Wales.