With the release of The Avengers TV episode Tunnel of Fear out on DVD from Canal+, we have some special offers on The Lost Episodes of our Avengers audio adventures. You can now save 50% on an array of The Avengers tales.

In 1961 The Avengers burst onto our TV screens, starring Ian Hendry as Dr David Keel and Patrick Macnee as John Steed. It began with a tragedy and then pitted Keel and Steed against the underworld over the course of twenty-six episodes – of which only two episodes still existed in their entirety – or so it was thought!

Tunnel of Fear is the 20th episode of the first series of the 1960s cult British spy-fi television series, originally broadcast on the 5th of August 1961 and lost for over 55 years. After being recovered from a private film collection in 2016, it’s coming back on DVD.

The other 19 episodes from series one of The Avengers have been brought back to life by Big Finish. The Lost Episodes recreate the existing scripts on audio with a full-cast of actors.

You can rediscover the beginnings of this iconic show with our special offers. To get 50% off Volumes 1–7 of The Avengers: The Lost Episodes, use offer code TUNNEL50 at the checkout. This also includes any bundles of The Lost Episodes. This offer expires at 23:59 UK Time on 16/04/2018, so don’t miss out.

And coming out in August, John Steed is reunited with all the Avengers in The Avengers: Too Many Targets. 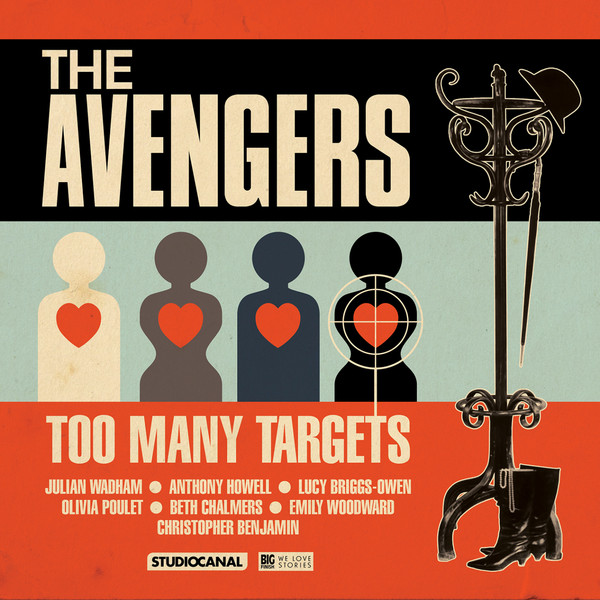 Two agents are dead, and their murderers sound worryingly familiar. A killer gorilla is on the loose, a deadly disease is ravaging a distant country and an eminent doctor has been kidnapped. It's all pretty much business as usual.

But when John Steed is called in by his old boss and given an appalling task to complete, at the same time as Tara is given one that's even worse, it becomes clear that the myriad threads of a terrifying scheme are drawing together. The fate of the world hangs in the balance.
Steed won't be able to handle this case alone.
The Avengers are needed. All of them.