You are here
Tags : Stop Press Doctor Who - The Third Doctor Adventures

Due for release in May 2020, the latest volume in Big Finish’s full-cast audio adventures for the Third Doctor pits the Time Lord against the most evil power in the universe, and the worst of humanity.

Tim Treloar and Katy Manning reprise their roles as the Third Doctor and Jo Grant respectively, in two exciting new adventures that will require urgent assistance from some old friends.

Doctor Who: The Third Doctor Adventures volume 6 is now available for pre-order from just £19.99, exclusively from the Big Finish website.

Poison of the Daleks by Guy Adams

UNIT has been seconded to handle security at Breathe Industries’ revolutionary new air filtration plant. The Doctor is initially dismissive… but when a man seems to appear out of thin air and die, his curiosity is piqued.

The Doctor soon discovers that the plant is connected to another time, another place. Stranded with Jo, the Brigadier and Benton on a distant planet, the Doctor discovers the terrible truth behind Breathe Industries' new technology. His oldest enemies, the Daleks.

Can even the Doctor and UNIT manage to save two worlds at the same time?

When the Doctor accepts an invitation to an audience with a popular horror writer, he's expecting a rather dull evening. But he quickly senses the presence of another Gallifreyan nearby. The Time Lords have a mission for him.

Soon the Doctor and Jo and themselves at the height of the Second World War in 1943. Caught up in a struggle involving occultist Nazis, the Prime Minister, top secret agencies and a mysteriously powerful amulet, they must distinguish friend from foe and avoid sacrifice upon the altar of evil.

Director, Nicholas Briggs said: “Working in studio on the stories is always a blast. Tim Treloar and Katy Manning make a lovely team, and they are determined to have fun. We’ve developed a real shorthand communication and I can’t wait to give them both a huge hug the next time we meet.

“Jon Culshaw has also proved to be a superb addition to the group, and I don’t think I’ll ever tire of listening to his quite uncanny rendition of the good old Brigadier. I loved Nick Courtney to bits and often shed a little tear in remembrance of all the good times I had with him, so to have Jon doing such a fabulous job as a tribute to Nick is really rather special for me.”

Doctor Who: The Third Doctor Adventures volume 6 is now available for pre-order exclusively at the Big Finish website, from just £19.99. 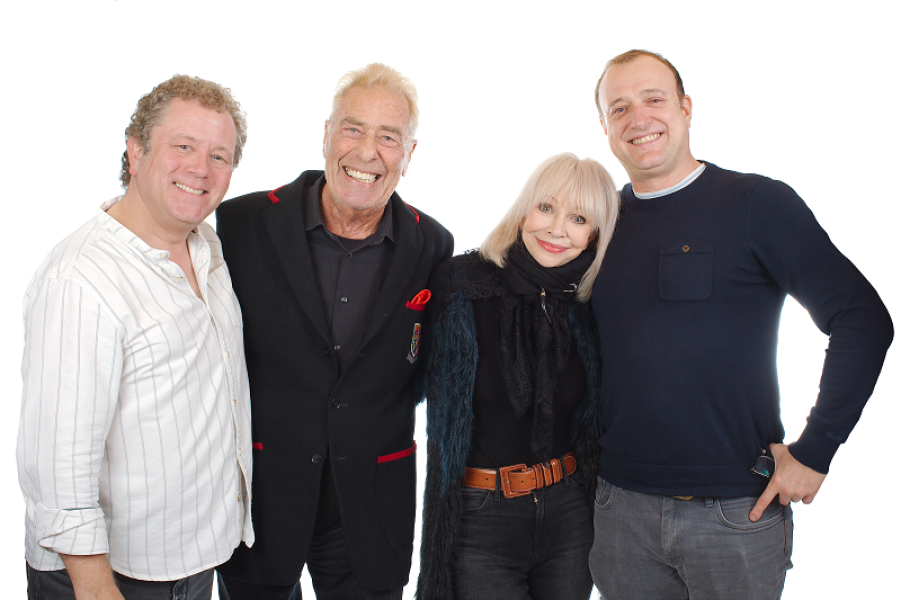