David Bradley will reprise his role as the First Doctor (played by William Hartnell in the original television series) in a third series of The First Doctor Adventures. And this time, he is joined by a very special guest star.

David Bradley returns as the First Doctor with Claudia Grant as Susan, Jamie Glover as Ian Chesterton and Jemma Powell as Barbara Wright for a third volume of adventures with the original (but slightly different) TARDIS team.

And this time there’s also another blast from the past as Carole Ann Ford, who played Susan in the television series, guest stars as ‘The Woman’. 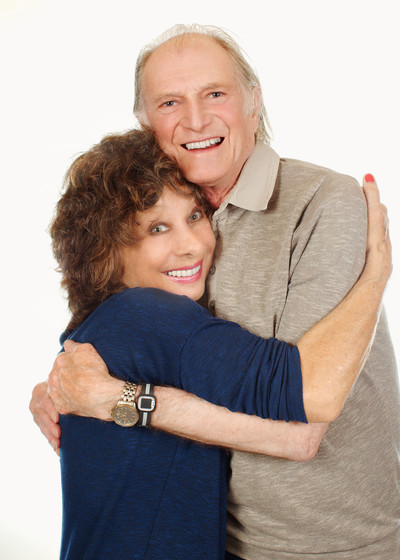 “It’s always a treat to work with Carole,” says producer David Richardson. “She’s so openly enthusiastic about Big Finish, and we’re currently chatting about new projects that you’ll see her in in the future. I loved the idea of having her in our First Doctor Adventures – she had met David, Claudia, Jamie and Jemma during the making of the TV film, An Adventure in Space and Time, and this was a very happy reunion.

“In fact, David hadn’t noticed Carole’s name on the script front, and so when she walked through the door his face broke into the happiest of beaming smiles. It was clear that he was utterly delighted to have Doctor Who royalty involved!”

Available in January 2019 on CD and download, you can pre-order The First Doctor Adventures Volume Three at £23 on CD or £20 on download.

Coming out later this month, the TARDIS team encounter a brave new world and a new alien race, and the undiscovered society of Feudal Japan in the second volume of the First Doctor Adventures.

After an experimental flight, the TARDIS crew find themselves on one of the strangest worlds they have ever encountered. Alien life takes many forms, and on Ashtallah the travellers find all their preconceptions tested. But this world is about to make a discovery – and it could mean the end of everything.

In 19th Century Japan, Westerners are forbidden. So when the TARDIS arrives near Lord Mamoru’s castle, the daimyo’s Samurai are soon on their trail. Uncovering secrets at court and treachery in the ranks, the Doctor and his friends are drawn into intrigue. And, as a battle begins, they are caught in the middle.

You can get more information and read behind-the-scenes interviews with both writers in June’s Vortex magazine. Andrew Smith reveals his extensive research for The Barbarians and the Samurai, and John Dorney teases us about the new alien species for the first TARDIS team to discover. You can download Vortex for free here.

And if you haven't heard it yet, you can get a free extract of Volume One story, The Destination Wars, if you sign up for the Big Finish email newsletter.