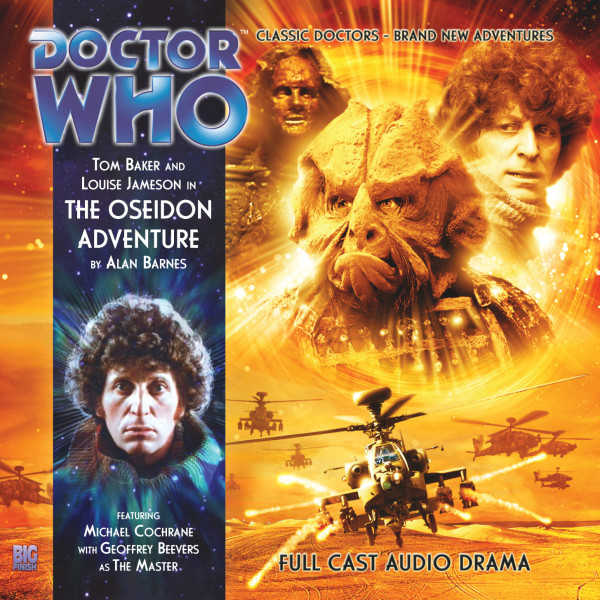 This week, the podcast takes to the airwaves in studio! Nick Briggs and David Richardson are at The Moat, and keen to discuss the upcoming batch of June releases. And, if David doesn't gag him in time, who knows what secrets Nick will reveal?

David and Nick provide some behind the scenes thoughts on June's Who releases, including The Fifth Doctor and his companions taking on Magnus Greel in The Butcher of Brisbane, Mike Yates encountering a mysterious alien force in The Rings of Ikiria, and the Fourth Doctor going toe to decaying toe with the Master and his new chums the Kraals in The Oseidon Adventure.

But that's not all! Learn what the two of them have been doing in studio, and who's been with them! Discover more about the upcoming third - count it! - series of The Fourth Doctor Adventures. And learn who is attempting to steal away the crown of comedy genius from the sadly elsewhere Paul Spragg.

All this and more when you download or stream the podcast now!