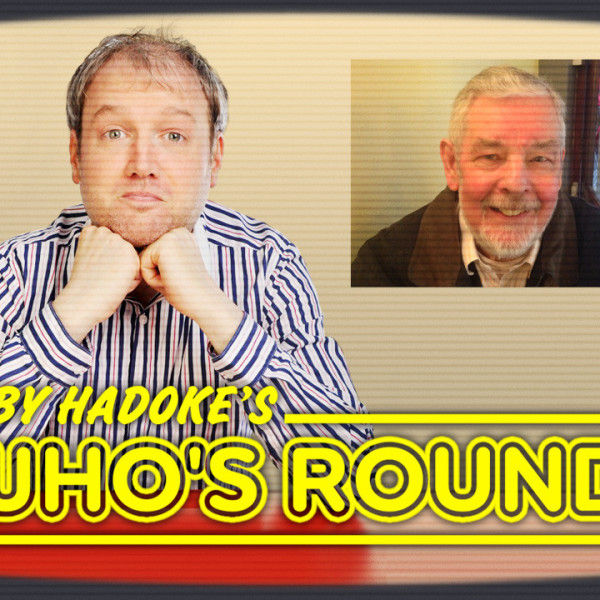 Here's a fresh and free podcast and download from Toby Hadoke, who continues on with his epic quest to talk to someone involved with every single story from Doctor Who's first 54 years on TV!

(This is the second part from last week's first)

(Apologies for the quality of this recording in places, which apparently took place near a sound effects convention)

He's played opposite four Doctors, and as important characters too, yet we've never seen his face in the show. Sometimes we didn't hear his voice either, which, considering he's a fine radio actor, might be something of a surprise. But he's done some classic stories as well as much work outside of the Whoniverse, and gives us a fascinating insight into the world of Music Hall.

To listen to any of the other 215 interview podcasts that Toby has carried out so far in this entertaining range, simply visit the Toby Hadoke's Who's Round pages - where there's a complete list of guests - to get any of them as free downloads!