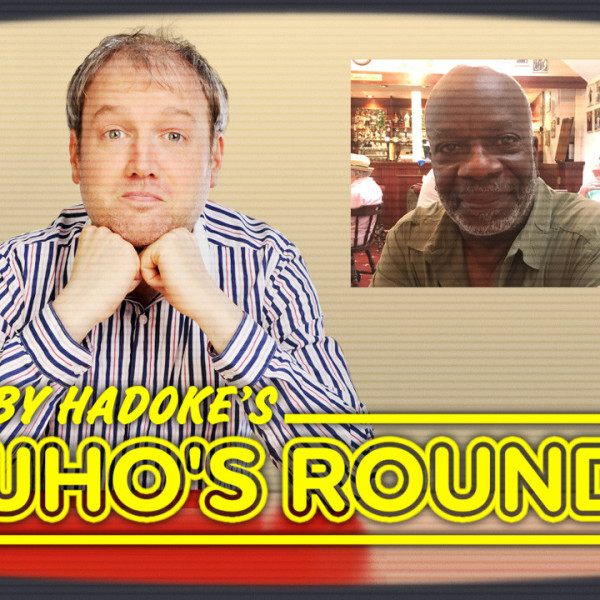 Fifty-four years ago today, a very special programme premiered. From the 50th anniversary in 2013, Toby Hadoke - comedian, actor and TV expert - has been providing free podcast and download interviews with a rich variety of its cast and crew. Here's the very latest!

Well, who better for the anniversary Who’s Round than a special guest - recognisable world wide - who appeared in a Doctor Who story set in November 1963. His brush with the show is brief but it’s a cracking scene in a landmark adventure.

He’s also had an extraordinary career on the classical stage (leading roles at the Globe, the National and the RSC), on British television and... well, let’s just say his work on a particular sitcom means that he his stopped on the street with huge regularity (it happened during the post podcast lunch and caused quite a stir and lots of photo ops - for him, not Toby!).

He’s also a charming and delightful conversationalist who is reduced to tears when remembering Nicol Wiliamson and very thoughtful and insightful on fame and the changing face of theatre. And you get to hear him do his Dalek impression - you won’t get this stuff anywhere else guys!!!

To listen to any of the other 226 interview podcasts that Toby has carried out so far in this entertaining range, simply visit the Toby Hadoke's Who's Round pages - where there's a complete list of guests - to get any of them as free downloads!