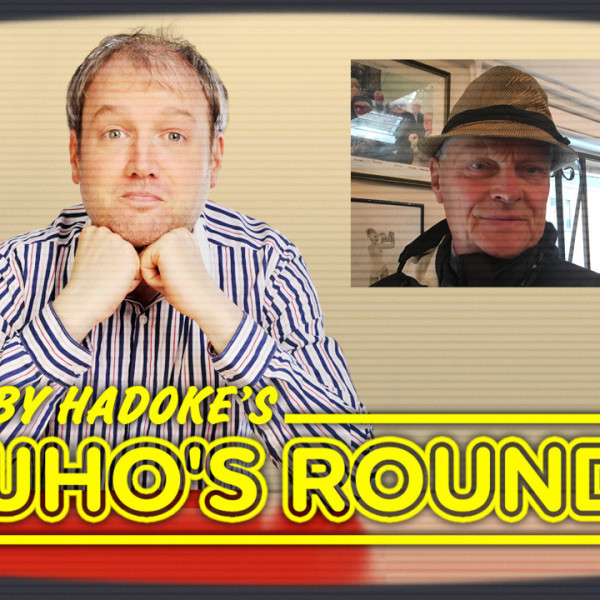 Toby Hadoke - comedian, actor and TV expert - enters the fifth year of his epic undertaking to talk to someone involved with each and every TV Doctor Who story... Here's the latest resulting free download and podcast:

A special Who’s Round which ties in with a current BBC release. This gentleman played a key role in a legendary Doctor Who story - without ever having his work broadcast. Thankfully, he’s flown in from LA and managed to squeeze in time to talk about being animated, about some major BBC World War II dramas, and about the differences of being an actor in the USA and the UK. He’s one of those rare beasts whose CV includes both Doctor Who and Star Trek, and he’s managed to tussle with Hammer and have a scrap with Blake’s 7 too. There’s not a lot of Who talk in this Who’s Round, because the rest of this conversation can be found on a BBC DVD being released this week. Thanks to Charles Norton for allowing this Who’s Round to take place during the production of... well, you should have guessed by now!

To listen to any of the other 227 interview podcasts that Toby has carried out so far in this entertaining range, simply visit the Toby Hadoke's Who's Round pages - where there's a complete list of guests - to get any of them as free downloads!