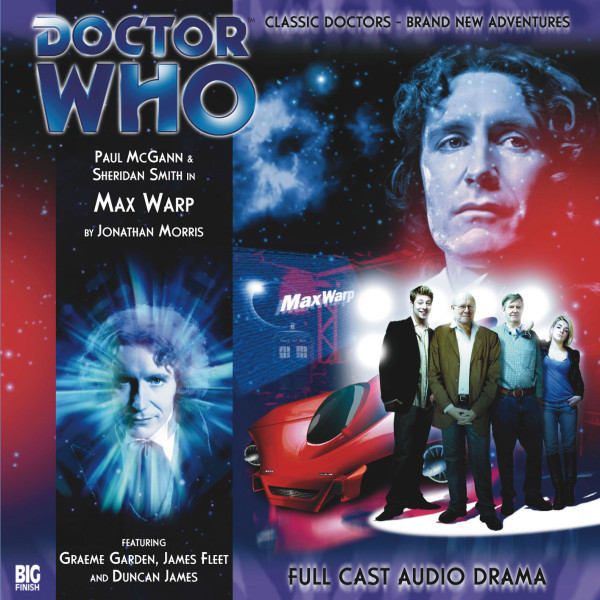 Download
US $8.99
Buy
Login to wishlist
27 Listeners
recommend this

When a test flight of the new Kith Sunstorm ends in disaster, the Sirius Exhibition Station is plunged into a web of murder and intrigue. Someone – or something – is trying to re-ignite a war between the Varlon Empire and the Kith Oligarchy.

As the fate of the galaxy hangs in the balance, only two investigators, the Doctor and Lucie, can hope to uncover the truth.

So strap yourself in, engage thrust, and prepare for... Max Warp!

This story takes place after the 1996 Doctor Who TV Movie, and after the Big Finish audio adventure Dead London

Graeme Garden is as much the star of this episode as Paul McGann and Sheridan Smith, and gives a great performance... More like this please!

A very fun story. I really love the interplay between Lucie and the Doctor.

This is classic Jonathan Morris, which means it's smart and genuinely funny.

Doctor Who Magazine (Pick of the Month)

Jonathan Morris manages to weave the lighthearted nature of the show Max Warp with the harder hitting themes brilliantly.