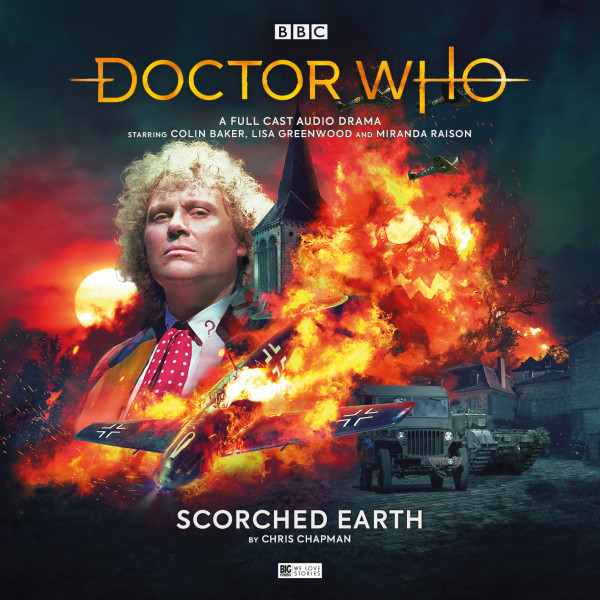 July 1944. The TARDIS materialises in a small village near Rouen, where celebrations are in full swing. A joyful France is in the midst of liberation as the local population welcome a battalion of Allied soldiers – along with a colourfully dressed Doctor and his two rather excited friends.

But there are screams amidst the celebrations as an angry crowd dish out their brand of justice to one of their own that they have branded a traitor. While Constance and Flip find themselves on opposite sides of a war beyond a war, the Doctor has other concerns. The local community is used to the fires of battle, but a new type of blaze is burning – leaping from aircraft to aircraft, man to man – and this fire seems to be just as eager for revenge as the village mob.