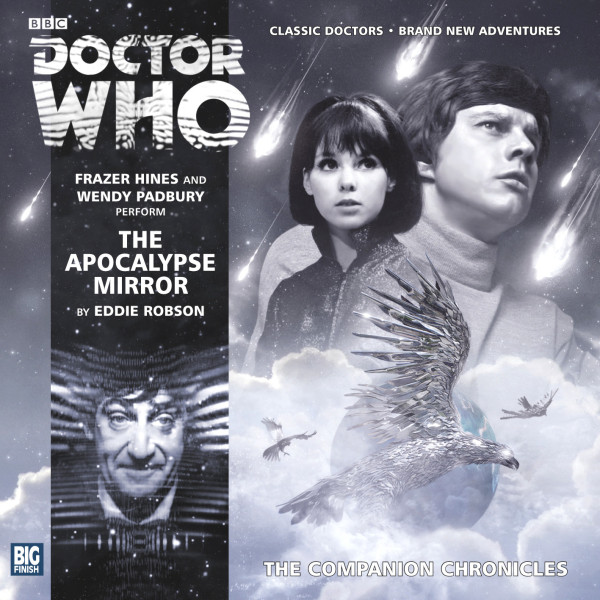 7.11. Doctor Who: The Companion Chronicles: The Apocalypse Mirror

Download
US $9.89
Buy
Save money with a bundle Login to wishlist
9 Listeners
recommend this

The TARDIS lands in the city of Tromesis on Earth – but it’s a world far from the one that the Doctor, Jamie and Zoe recognize.

The buildings are ruined, the streets deserted. And against the devastation they see a ghostly mirror image of another place – the city as it was before disaster hit.

Can the Doctor find the future, in a place that doesn’t have one?