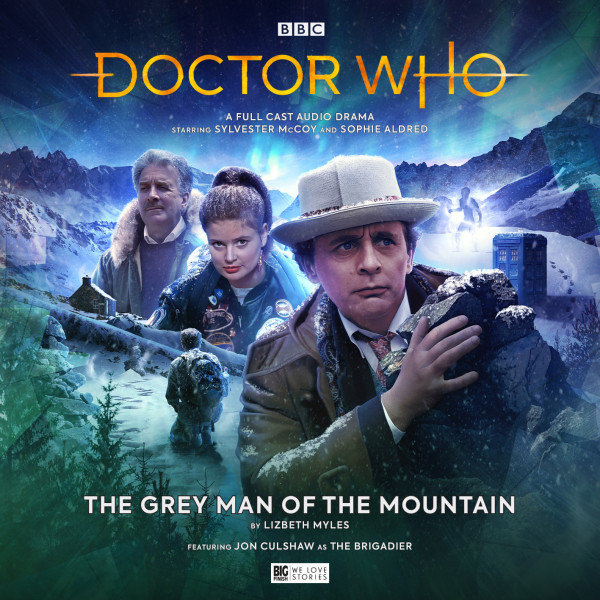 272. Doctor Who: The Grey Man of the Mountain

Something haunts the peak of Ben MacDui.

Something with heavy footsteps, striking terror in the hearts of those who sense it. With climbers going missing, retired Brigadier Lethbridge-Stewart visits Scotland to investigate.

But when some old friends join his ascent, he worries that they will make things even more dangerous. As the snows blow in, and mists surround them, the Doctor, Ace and the Brigadier will face the Grey Man of the Mountain...

Recorded on: 23-24 July 2020
Recorded at: recorded remotely, and via The Soundhouse

At heart this is a small story of a set location, rather than yet another overblown save the world / galaxy / universe / all of time bonanza, and is to be applauded for that. ...the chemistry between Ace and Kirsty (Lucie Goldie) is a joy. And any outing for the Brigadier deserves attention, with the slightly fractious relationship between him and the Doctor adding a nice dimension.

Grey Man of the Mountain is an immersive, atmospheric and underplayed Christmas special. Which takes full advantage of its setting, cast and the medium of telling a story for audio.

The weather is as dangerous as the grey man in this story (which is why the mountain’s such a wonderful location). The Doctor isn’t immune to the grey man either, which gives McCoy the rare chance to play the Doctor struggling...