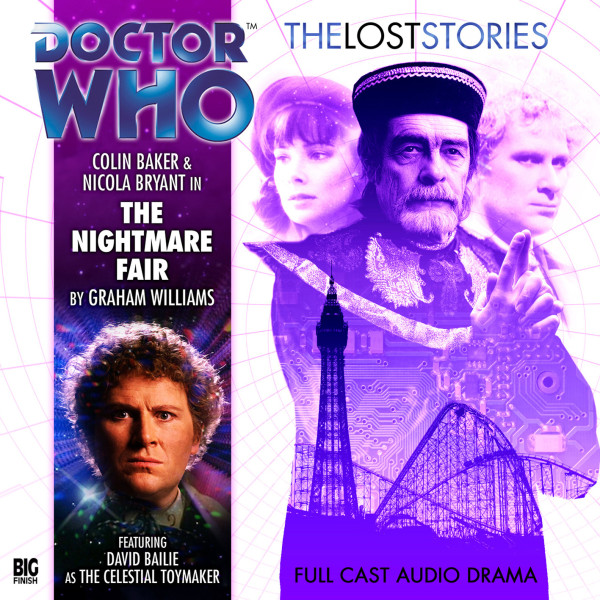 The TARDIS has been drawn to Blackpool in the year 1985, where the Doctor intends to investigate a dangerous space/time vortex… while enjoying some local attractions along the way. But an old enemy is watching from his base deep within the amusement park, a timeless being who craves revenge.

This download is an excerpt from Doctor Who: The Nightmare Fair