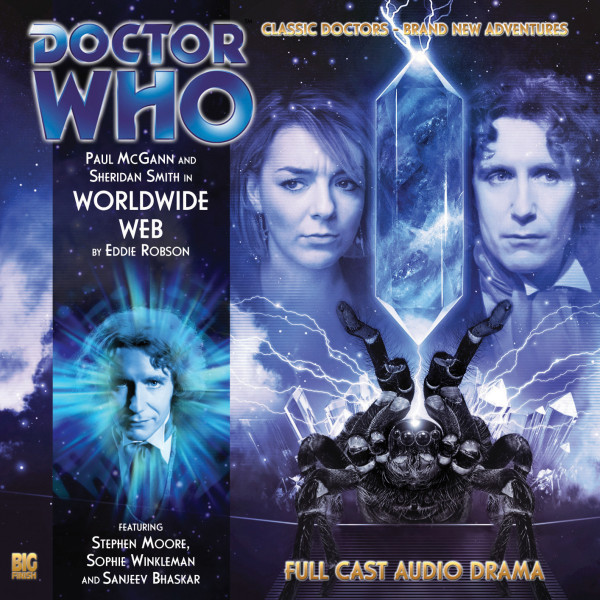 CD + Download
US $7.43
Buy
Download
US $6.19
Buy
Save money with a bundle Login to wishlist
15 Listeners
recommend this

Thanks to the Eightfold Truth, Metebelis crystals cover the Earth, and the Eight Legs, giant spiders from that distant world, are poised to take control of the planet.

As the Doctor attempts to deal with the invasion and its connection to a long-lost stellar manipulator he last saw above Orbis, Lucie Miller finds herself playing host to the Great One. Can she break free of the spider leader’s control, or will she be lost forever?

And can Earth avoid becoming trapped forever in a worldwide web?

Note: This adventure continues from Doctor Who: The Eight Truths