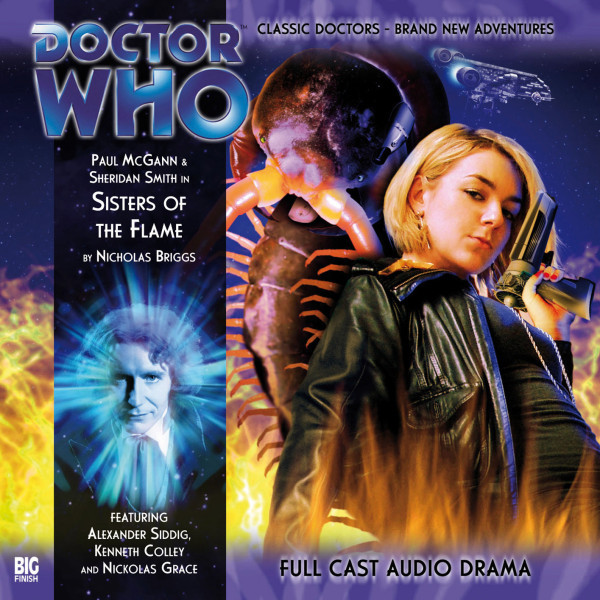 2.7. Doctor Who: Sisters of the Flame

Download
US $8.99
Buy
Save money with a bundle Login to wishlist
27 Listeners
recommend this

The richest man in the galaxy has just bought a backwards planet with no obvious mineral wealth in the outer reaches of the universe. An obscure mystical sect has been revived after centuries of neglect. A new race of aliens are hunting for prey. Why?

As the Doctor and Lucie attempt to discover the answer, it becomes clear that someone is attempting to resurrect the past - and they need a Time Lord to help them achieve it.

Note: The adventure continues in Doctor Who: The Vengeance of Morbius

Chronological placement:
This story takes place after the 1996 Doctor Who TV Movie, and after the Big Finish audio adventure, The Zygon Who Fell To Earth

This story had the working title Kidnapped.