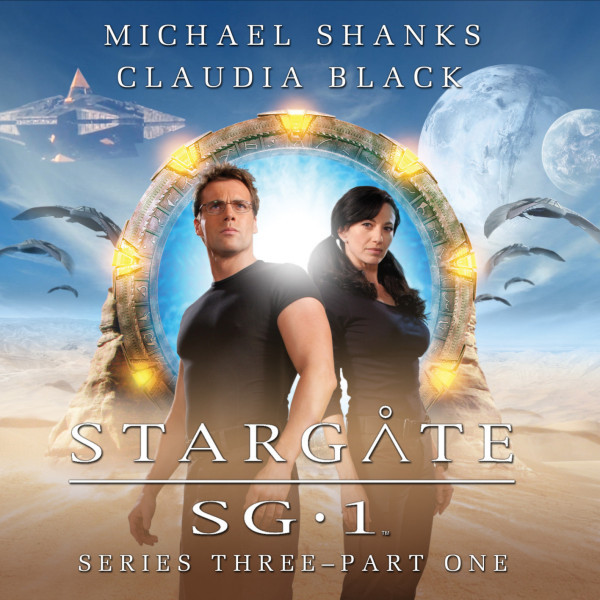 Login to wishlist
5 Listeners
recommend this

PLEASE NOTE THAT FOR RIGHTS REASONS THIS TITLE IS NO LONGER AVAILABLE TO PURCHASE, AND THIS ENTRY REMAINS ON THE WEBSITE FOR INFORMATION ONLY.

A shooting in the heart of Stargate Command is only the beginning for Daniel Jackson and Vala Mal Doran.

Suddenly it’s friend against friend, none of their allies can be relied upon and they’re the universe’s only hope to foil the latest scheme concocted by the last System Lord, Ba’al.

Will Daniel, Vala and a few of Vala’s less than savoury friends be enough to stop a conspiracy that reaches deep into the heart of Stargate Command and threatens to destroy everything they’ve spent years building?

3.1 Half Life by James Swallow

Daniel Jackson is in custody for a crime and no one believes he is innocent – because Stargate Command has absolute proof of his guilt.

Luckily, one person is willing to give him the benefit of the doubt.

Can she clear Daniel’s name and help him discover what’s really going on?

3.2 An Eye for an Eye by Sally Malcolm

A visit from Vala’s 'friend' Keto results in the Sun Tzu, Daniel and Vala being sent to investigate a rapidly disintegrating ship.

Once there, they discover evidence of Ba’al’s experiments – but they’re not prepared for what else he’s left behind.

It’s a case of nature or nurture – but will Daniel and Vala make a decision that will save the Sun Tzu or condemn all on board to death?

Having discovered that Ba’al has placed a clone infiltrator close to one of his old friends, Daniel accompanies the Sun Tzu to warn him of the imminent danger the clone poses.

Meanwhile, Vala enlists the aid of some of her former ‘associates’ to track down Ba’al and bring him to justice. But can she trust any of them to complete the mission without betraying her for their own ends?

Paul Spragg introduces the third season of Stargate adventures, featuring the return of Michael Shanks and Claudia Black as Daniel and Vala – and they’re once more taking on Ba’al…