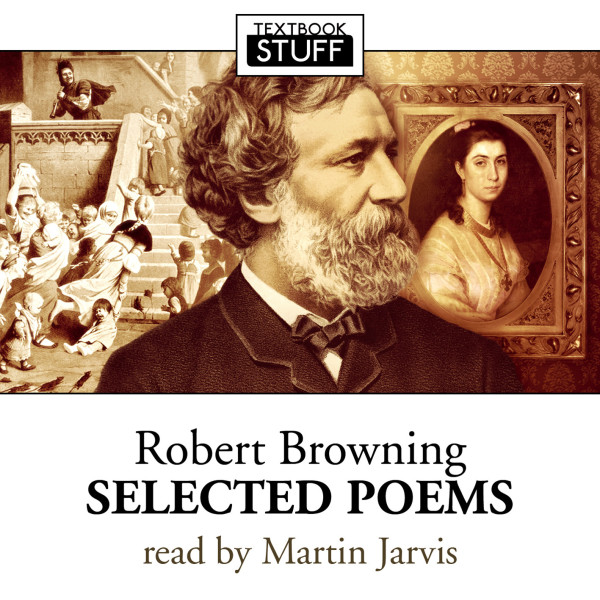 Download
US $11.99
Buy
Bundles Login to wishlist
0 Listeners
recommend this

‘His sense of dramatic situation was unrivalled... Considered from the point of view of a creator of character he ranks next to him who made Hamlet’ – Oscar Wilde

POEMS: The Bishop Orders His Tomb at Saint Praxed's Church * Childe Roland to the Dark Tower Came * Home Thoughts from Abroad * Home Thoughts from the Sea * How They Brought the Good News from Ghent to Aix * The Laboratory * Life in a Love * Love Among The Ruins * Love in a Life * Meeting at Night * My Last Duchess * Parting at Morning * The Patriot * The Pied Piper Of Hamelin * Porphyria's Lover * A Toccata of Galuppi's

Robert Browning (1812-89) was an English poet and playwright, famed for his dramatic monologues, richly drawn characters and vivid narrative style. He ranks alongside Alfred, Lord Tennyson as one of the foremost poets of the Victorian age. Groundbreaking in its day, his colloquial style had a profound influence on subsequent generations of lyricists, from TS Eliot to John Lennon.

Browning’s work, like that of his wife Elizabeth Barrett Browning, has undergone much critical reappraisal in recent years. His sharp wit and keen psychological eye give his work a startling freshness and modernity.