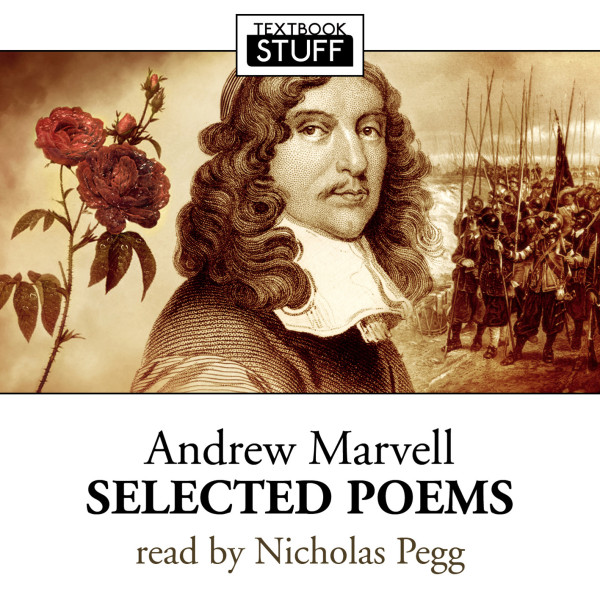 Download
US $9.63
Buy
Save money with a bundle Login to wishlist
0 Listeners
recommend this

‘The quality which Marvell had... is something precious and needed and apparently extinct' – TS Eliot

POEMS: Bermudas * The Coronet * Damon the Mower * The Definition of Love * A Dialogue Between the Soul and Body * Eyes and Tears * The Garden * An Horatian Ode upon Cromwell’s Return from Ireland * The Mower Against Gardens * The Mower’s Song * The Mower to the Glow-Worms * The Nymph Complaining for the Death of Her Faun * On a Drop of Dew * On Mr Milton's 'Paradise Lost' * The Picture of Little T.C. in a Prospect of Flowers * To His Coy Mistress * Upon the Death of the Lord Hastings

BIOGRAPHY:
Andrew Marvell (1621-78) was best known during his lifetime as a classical scholar and political satirist. Although a friend and colleague of John Milton and an unofficial laureate to Oliver Cromwell, he was virtually unknown as a lyric poet until after his death.

Reappraised by later generations and now famed for the elegant style, enigmatic wit and emotive power of works like ‘The Garden’, ‘The Definition of Love’ and ‘To His Coy Mistress’, Marvell has taken his place among the greatest of the metaphysical poets.