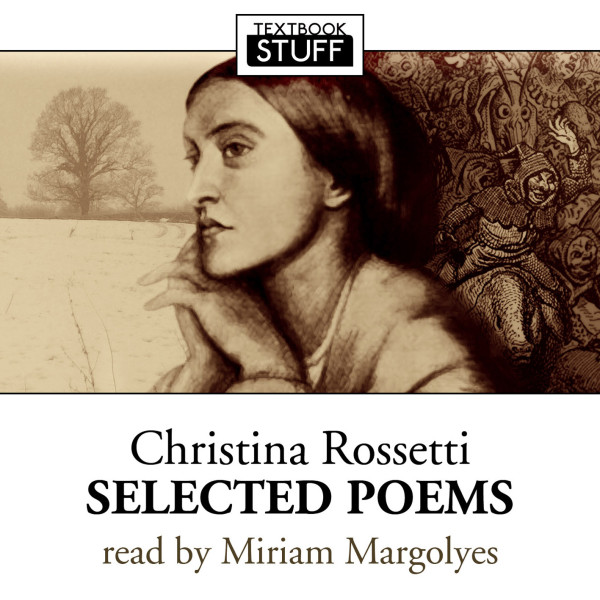 Download
US $9.83
Buy
Save money with a bundle Login to wishlist
0 Listeners
recommend this

POEMS: A Better Resurrection * A Birthday * A Royal Princess * At Home * Cousin Kate * Despised and Rejected * Echo * Good Friday * In The Bleak Midwinter * Jessie Cameron * Maude Clare * Remember * Shut Out * Song [‘When I am dead’] * Summer Is Ended * The Convent Threshold * The Lowest Place * To Lalla, reading my verses topsy-turvy * Twice * Up-Hill * Winter: My Secret

BIOGRAPHY:
Christina Rossetti (1830-94) was an English poet. Sister to the great Pre-Raphaelite painter Dante Gabriel Rossetti and niece of Byron’s physician John Polidori (author of The Vampyre), Christina wrote poetry from the age of seven. The publication of her most famous collection, Goblin Market and Other Poems (1862), made her a household name and secured her status alongside Elizabeth Barrett Browning as one of the most influential female voices in nineteenth-century poetry.

As her family connections might suggest, Christina Rossetti’s work displays not only a strong religious sentiment but also a profound love of fairytale and folklore, laced with a dash of the macabre.