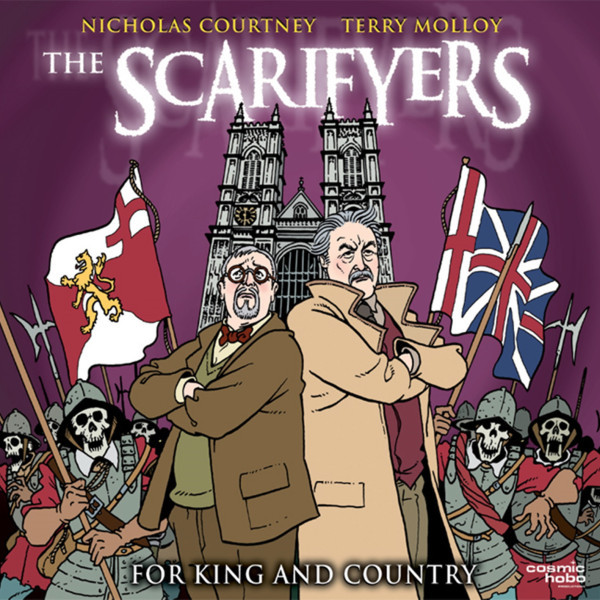 3. The Scarifyers: For King and Country

Download
US $10.95
Buy
Login to wishlist
6 Listeners
recommend this

'Sir' Harry Price, self-proclaimed ghost detective, has built a machine. His previous experiment - to turn a goat into a man - may have ended ignominiously, but now Harry plans to capture the spirits of the dead with his Price Ghost Captivator™. If he can make it work, that is.

Meanwhile, Londoners are being killed, in especially gruesome fashion, with their own electrical appliances. But most puzzling of all is the Faraday Murderer’s habit of leaving cryptic messages in 17th century English at the scene - cryptic messages that mention a certain Harry Price…

Age-old forces are stirring… The dead will rise… The Crown will fall. Can Lionheart and Dunning save King and Country?

This is the third instalment of The Scarifyers.