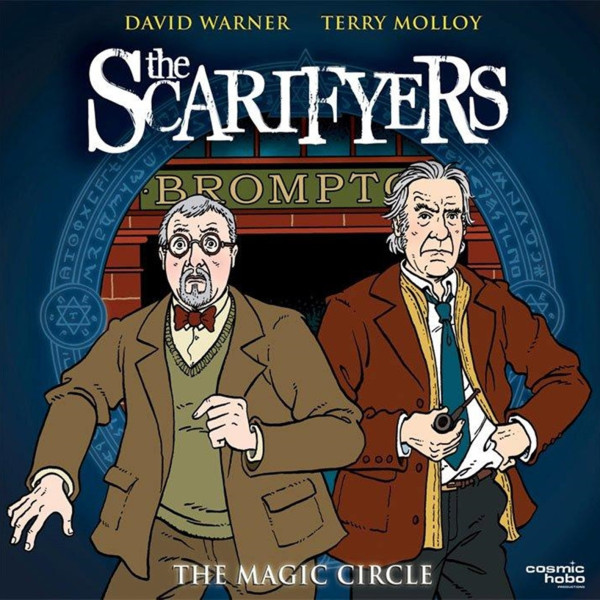 6. The Scarifyers: The Magic Circle

Download
US $11.13
Buy
Login to wishlist
4 Listeners
recommend this

Professor Dunning (Terry Molloy) is finding the business of single-handedly saving Great Britain from the forces of darkness rather taxing.

And Lionheart? Lionheart is missing.

When the only clue to his disappearance seems to lie in a twenty-year-old murder investigation, Dunning turns to the one man who might have the answers: Lionheart’s erstwhile colleague Harry ‘Thumper’ Crow (David Warner).

Harry doesn’t hold with supernaturalism, but over the next few days he’s going to see some very strange things indeed: a string of murdered magicians, a dead music-hall star come back to life, and a pensioner from the depths of hell.

Can Crow and Dunning find Lionheart? A terrible truth awaits, as they unearth the long-buried secrets of THE MAGIC CIRCLE.

**THIS TITLE IS NOW OUT OF STOCK ON CD**

This is the 6th instalment of The Scarifyers.