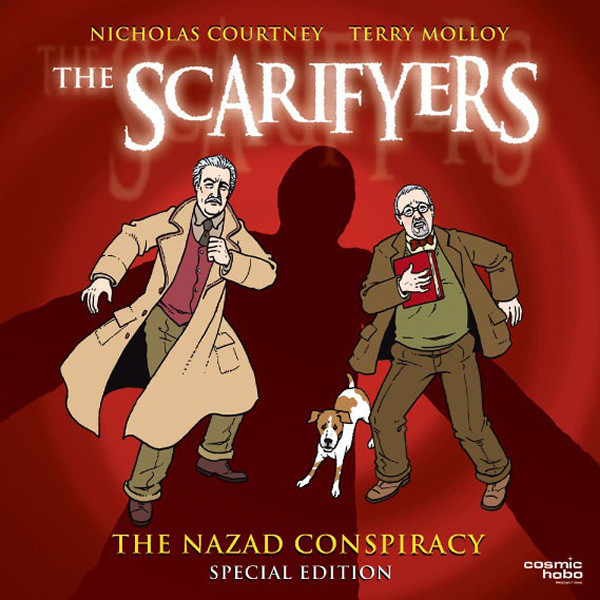 1. The Scarifyers: The Nazad Conspiracy

Download
US $11.10
Buy
Login to wishlist
11 Listeners
recommend this

Ghost story writer Professor Dunning doesn't believe in the supernatural. So he's more than surprised when an invisible winged demon appears in his drawing room.

The Metropolitan Police's longest-serving officer, Inspector Lionheart, doesn't believe in the supernatural either, wings or no wings. So he's less than impressed when Russian emigres begin dying impossible deaths all over London.

Together, Lionheart and Dunning must face quarrelsome generals, sinister clowns and Russian demons as they unravel the Nazad Conspiracy. This is the first adventure for THE SCARIFYERS.

Please note: The download for this story does NOT include the Special Edition CD extra features. The Nazad Conspiracy soundtrack and short story The Yule Lads were on CD only.

This is the first instalment of The Scarifyers.

Next release in this range: The Scarifyers: The Devil of Denge Marsh