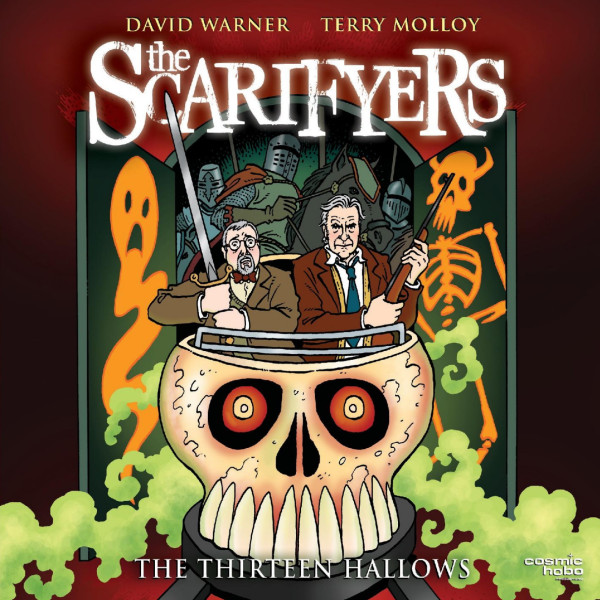 8. The Scarifyers: The Thirteen Hallows

When a haunted chess set causes consternation at the British Chess Championships, and a horse magically materialises in Kettering Agricultural Museum, MI:13 are called to investigate.

Harry Crow (David Warner) and Professor Dunning (Terry Molloy) follow the trail of inexplicable happenings to an unremarkable terraced house in South Wales, home to the mysterious Mr Merriman (David Benson). He’s very old, and very mad; but is there more to Merriman than first appears?

Meanwhile, in the South West of England, famed archaeologist Ralegh Radford (Ewan Bailey) is on the verge of the greatest discovery of the age. Britain’s Tutankhamen, the press are calling it. But what he certainly isn’t expecting to unearth is boisterous 1400-year-old knight Glewlwyd Gafaelfawr (Gareth David-Lloyd).

As Crow and Dunning unravel an unlikely plot to resurrect Britain’s greatest-ever hero, the race is on to stop sinister forces at home and abroad from finding… THE THIRTEEN HALLOWS.

This is the eighth instalment of The Scarifyers.