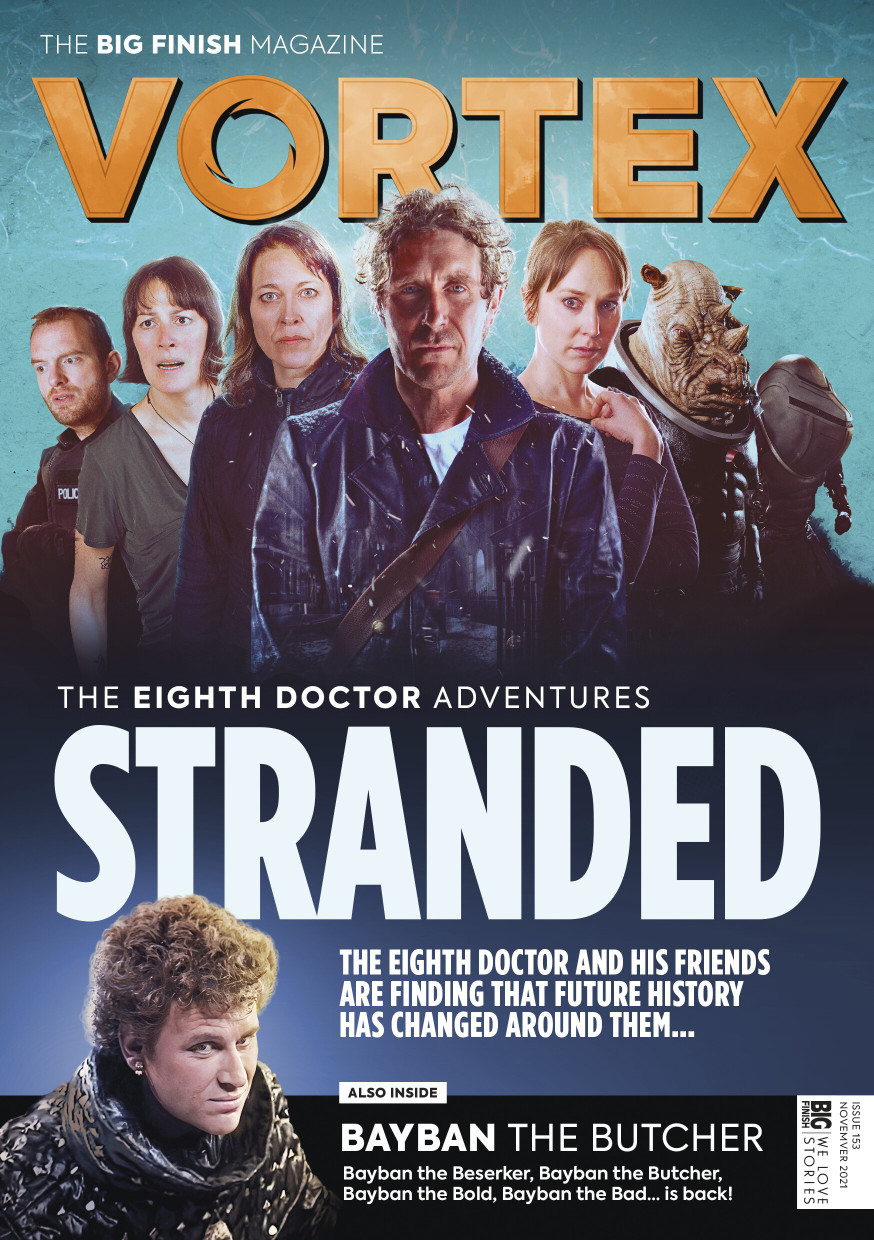 Doctor Who: The Eighth Doctor Adventures: Stranded 3 - Paul McGann is the Doctor in three further adventures based in 21st century London.

Doctor Who: The War Doctor Begins: Warbringer - Jonathon Carley is the War Doctor in a three-episode story set during the Time War.

Doctor Who: The Doctor Chronicles: The Twelfth Doctor Volume 02: Timejacked! Jacob Dudman is the voice of the Doctor in three new full-cast adventures.

The Year of Martha Jones - Freema Agyeman returns as Martha Jones in three stories set during The Year that Never Was, with Marina Sirtis as Martha's friend Karen.

The Worlds of Blake's 7: Bayban the Butcher - Colin Baker returns as Bayban in his own boxset of adventures, with Sally Knyvette as Jenna, Michael Keating as Vila and Stephen Greif as Travis.