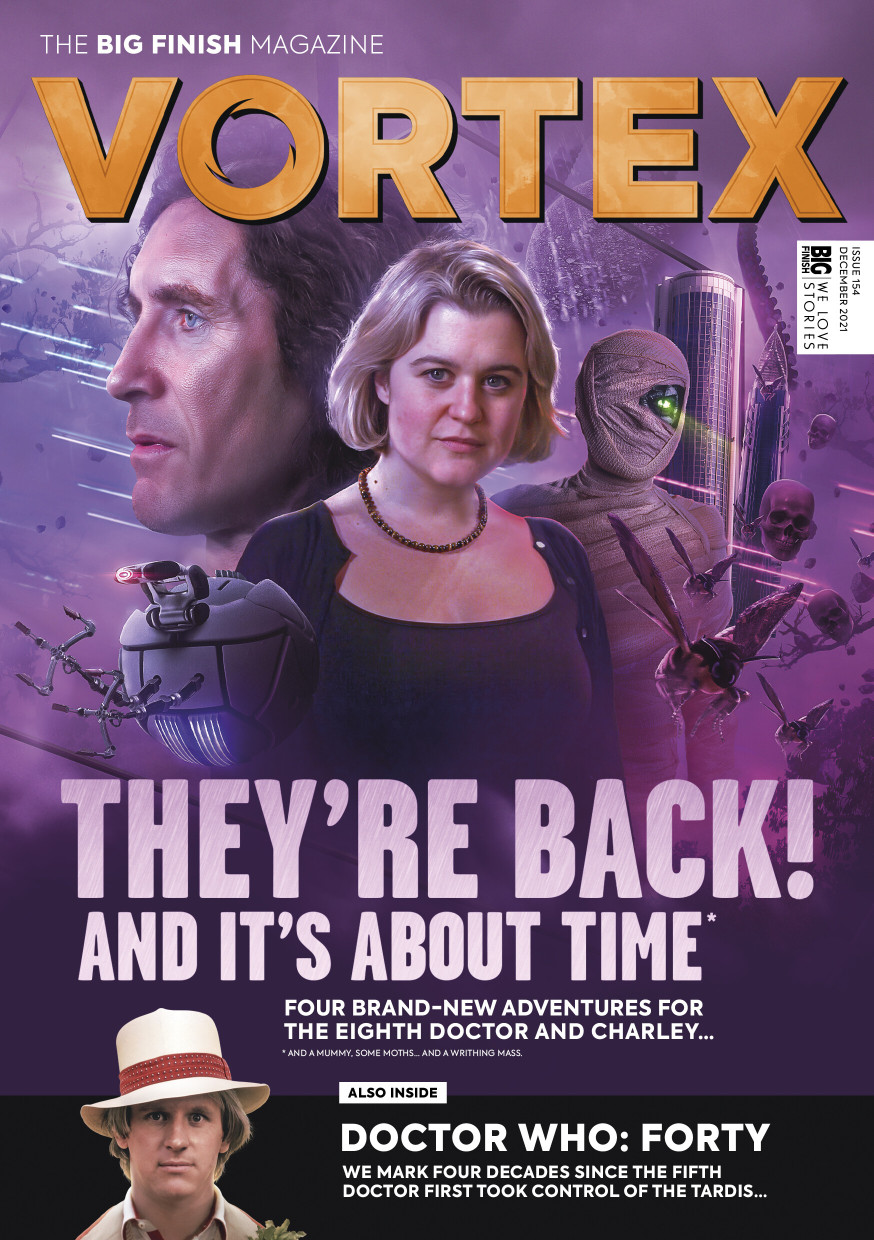 Doctor Who: Charlotte Pollard - The Further Adventuress - Paul McGann and India Fisher reunited as the Doctor and Charley in four new adventures.

Doctor Who: Peladon - Celebrating 50 years since the planet's first appearance, with a new boxset starring David Troughton as King Peladon.

The Worlds of Blake's 7: The Terra Nostra - Sally Knyvette and Michael Keating return as Jenna and Vila, facing the shadowy underworld of the villainous Terra Nostra.

plus: The Big Finish Book Club: revisit Torchwood: The Office of Never Was.