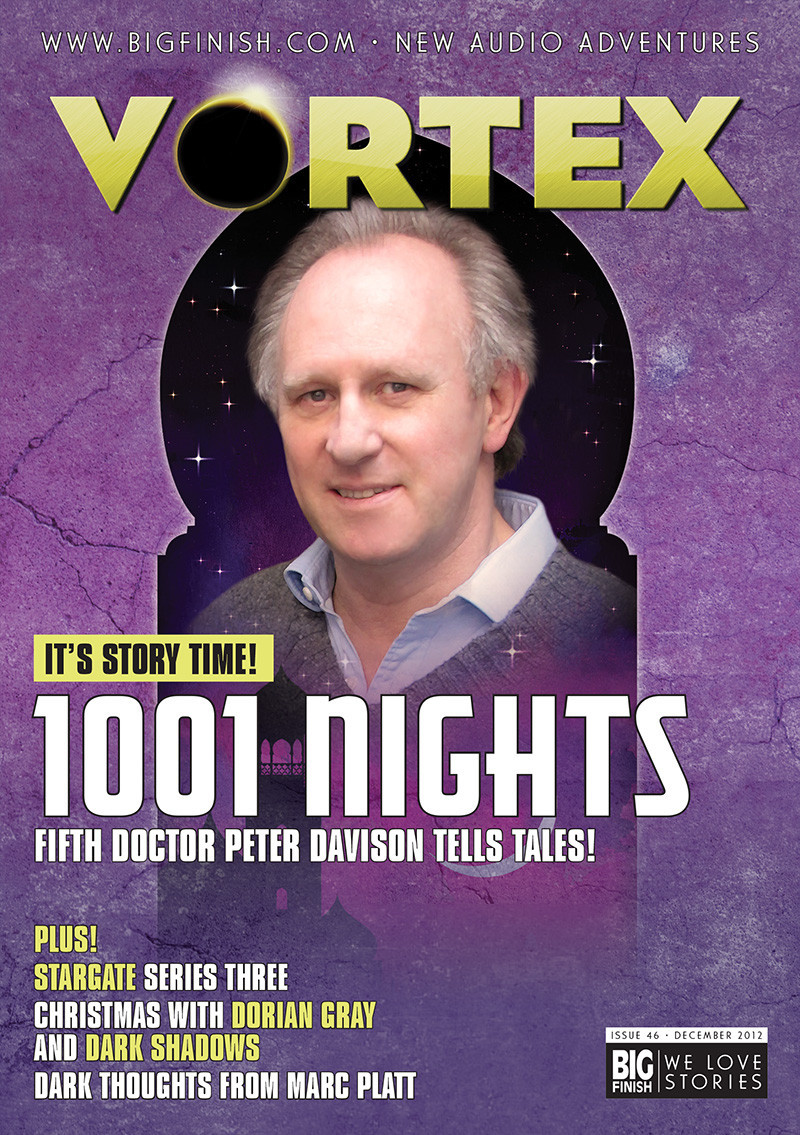 It's been a while since he last spoke to Vortex, but he's back! The Fifth Doctor, Peter Davison, is back this month in 1001 Nights and talks to us about his son-in-law David Tennant, what makes him ideally suited to musicals, and playing 'and' roles on TV.

Those whose subscription includes 1001 Nights will also get Fourth Doctor story Night of the Stormcrow absolutely free! It stars Tom Baker as the Doctor and Louise Jameson as Leela and writer Marc Platt is here to reveal the sort of things which keep him awake at night.

Daniel Jackson and Vala Mal Doran are back - and so are the Asgard! But are they taking on a challenge too enormous even for a team which has brought down gods? Producer Paul Spragg provides some insights.

Another Christmas treat: a visit to Collinwood to see what the Collins family are getting up to over the festive season at the pen of Lizzie Hopley. Plus, producer James Goss says a tearful farewell to the range.

It's off to the stage this month as we look back at the making of Seven Keys to Doomsday and talk to its stars.

A look ahead to what's coming up, and a smattering of your letters. To contact us, mail enquiries@bigfinish.com and mark your e-mail Vortex Mail.