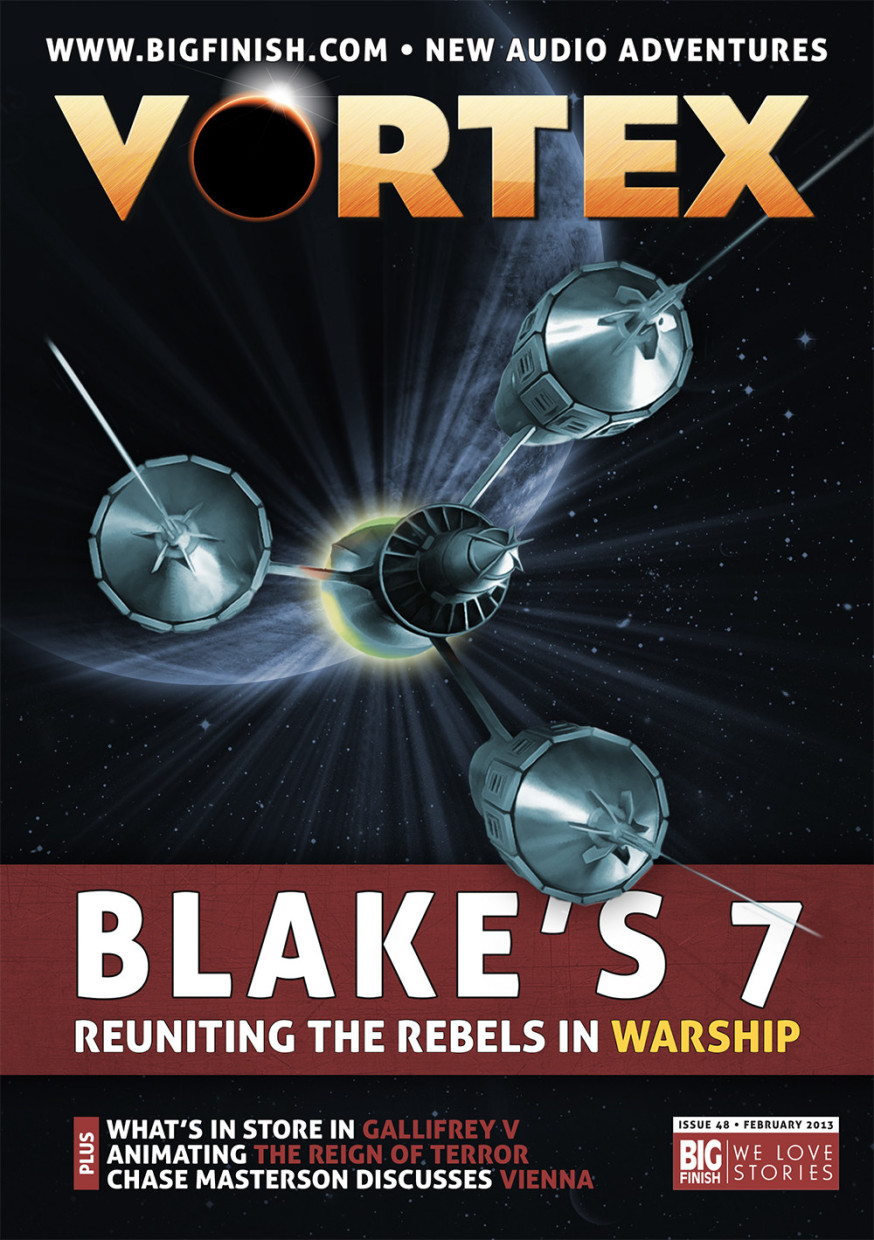 It's a big month for Blake's 7, with the full-cast Warship hitting shelves alongside the third volume of Liberator Chronicles, containing the three-part epic The Armageddon Storm. Writer Peter Anghelides relates how Warship transformed into a full-cast extravaganza, and producer David Richardson talks about the return of Del Grant and the future of the range.

Jason Haigh-Ellery and Austen Atkinson reveal how the recent DVD of First Doctor story The Reign of Terror was brought to life with animation.

Star of the series Chase Masterson expresses her joy at fronting her own range, telling the story of an impossibly glamorous bounty hunter; even hearing her name can get you killed...

Producer Scott Handcock gives a taste of what's to come in the fifth series of adventures for Leela, Romana, Narvin and their friends and foes.

We celebrate the wonder that is Warner! As David Warner returns in this month's Fourth Doctor adventure, we take a look back to his time playing the Doctor in our Doctor Who Unbound tale Sympathy for the Devil.

All the upcoming releases, and your letters answered! If you've got a question for us, please mail enquiries@bigfinish.com and mark your e-mail Vortex Mail.