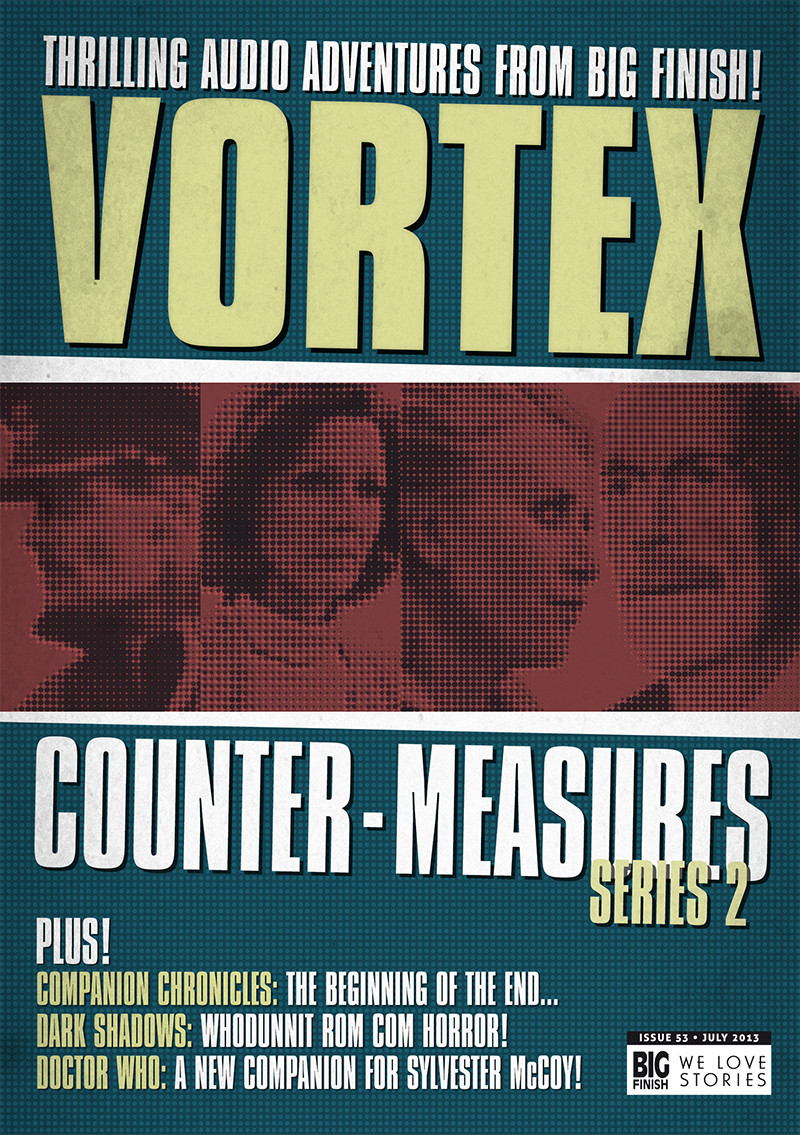 Back to the Sixties for a second visit to the Counter-Measures Group: a team of scientists and soldiers working to protect the UK from dangers both foreign and domestic. Stars Simon Williams, Pamela Salem, Karen Gledhill and Hugh Ross discuss the four tales in this action-packed new box set.

Klein's back in the main range alongside the Seventh Doctor this month... and she's brought a friend! Christian Edwards expresses his delight at joining the TARDIS team as Will Arrowsmith: scientist, nerd and would-be ladies' man.

DOCTOR WHO - THE COMPANION CHRONICLES

The final series of Doctor Who - The Companion Chronicles begins this month with Mastermind. But what other treats are in store? Producer David Richardson reveals (almost) all...

New writer, new danger! Will Howells makes his Big Finish debut with The Enemy Within, a story which really gets inside the heads of its characters...

Producer Scott Handcock takes to the Twittersphere to find and answer your questions about the upcoming second series of adventures for everyone's favourite immortal bon viveur.

It's with great sadness that this month sees the release of Mary Tamm's final ever Doctor Who story, The Final Phase. To celebrate the great lady, we look back at her work in Companion Chronicle The Stealers from Saiph - in which she plays every role.

Letters, a look ahead to the final series of Doctor Who Lost Stories and a list of upcoming releases. If there's anything you'd like to comment on or ask about, please mail enquiries@bigfinish.com and mark your e-mail 'Feedback'.