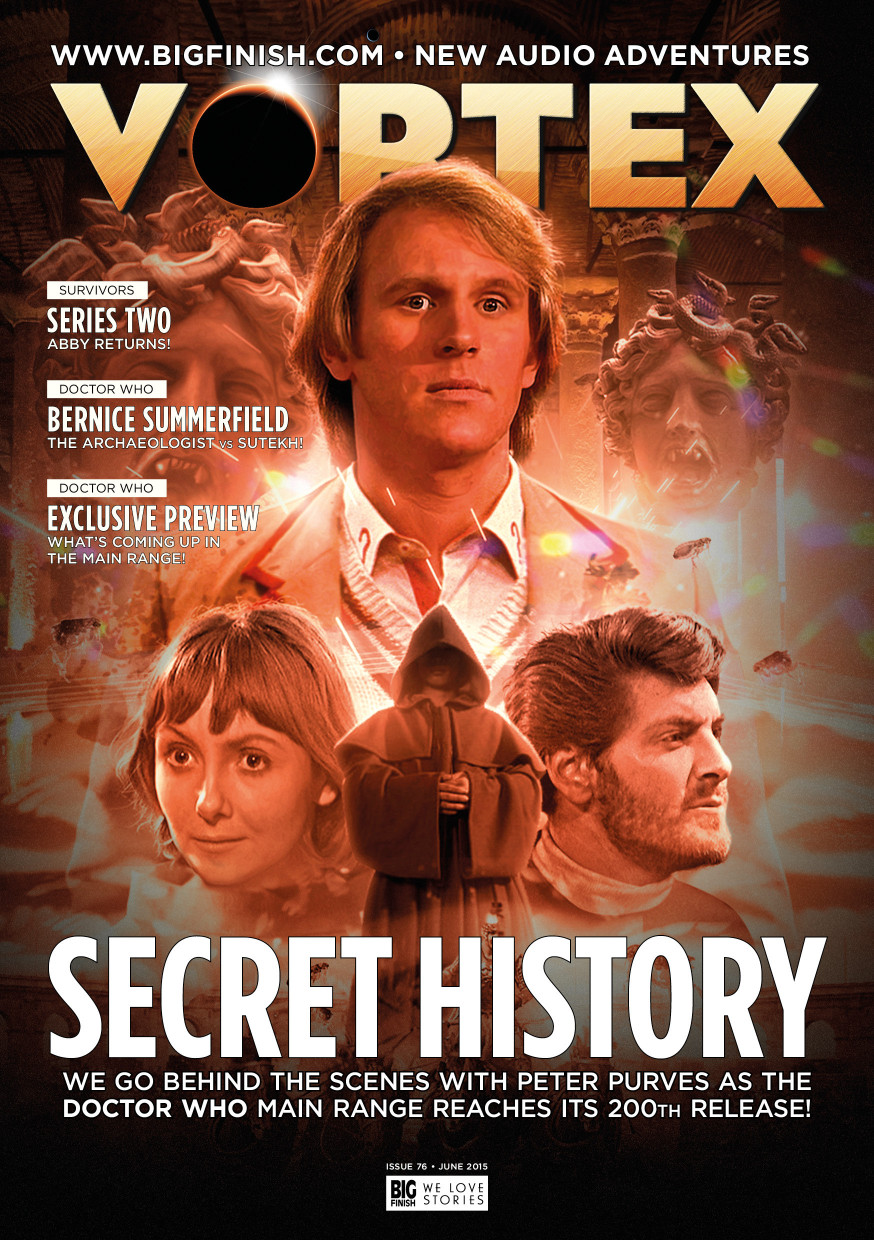 We talk to Peter Purves, who this month is in both Doctor Who - The Secret History, and Doctor Who - The First Doctor Companion Chronicles Box Set, giving his perspective on playing the different ages of companion Steven Taylor.

Editor Kenny Smith looks at what's coming up in the Doctor Who main range through to the end of the year - warehouses, Rani and new companions...

The intrepid archaeologist returns to Big Finish, teaming up with the seventh Doctor and Ace in Doctor Who - The New Adventures of Bernice Summerfield: Volume 2 - The Triumph of Sutekh. Benny herself - actor Lisa Bowerman - and producer James Goss are interviewed about bringing the Bringer of Death to life...

With Series Two coming out on the 2nd June, Vortex talks to the team behind this second release of the hugely acclaimed audio recreation of the BBC show.

Rob Morris, the writer of this month's Dark Shadows - The Curse of Shurafa, pops in for a chat about mummies, pyramids and vampires...

James Goss, producer of Big Finish's most recently-announced new range, on his memories of the series.

With the main Doctor Who range marking its 200th title this month with The Secret History, we travel back in time halfway to the beginning, to September 2007 and the four-story release, Doctor Who - 100.