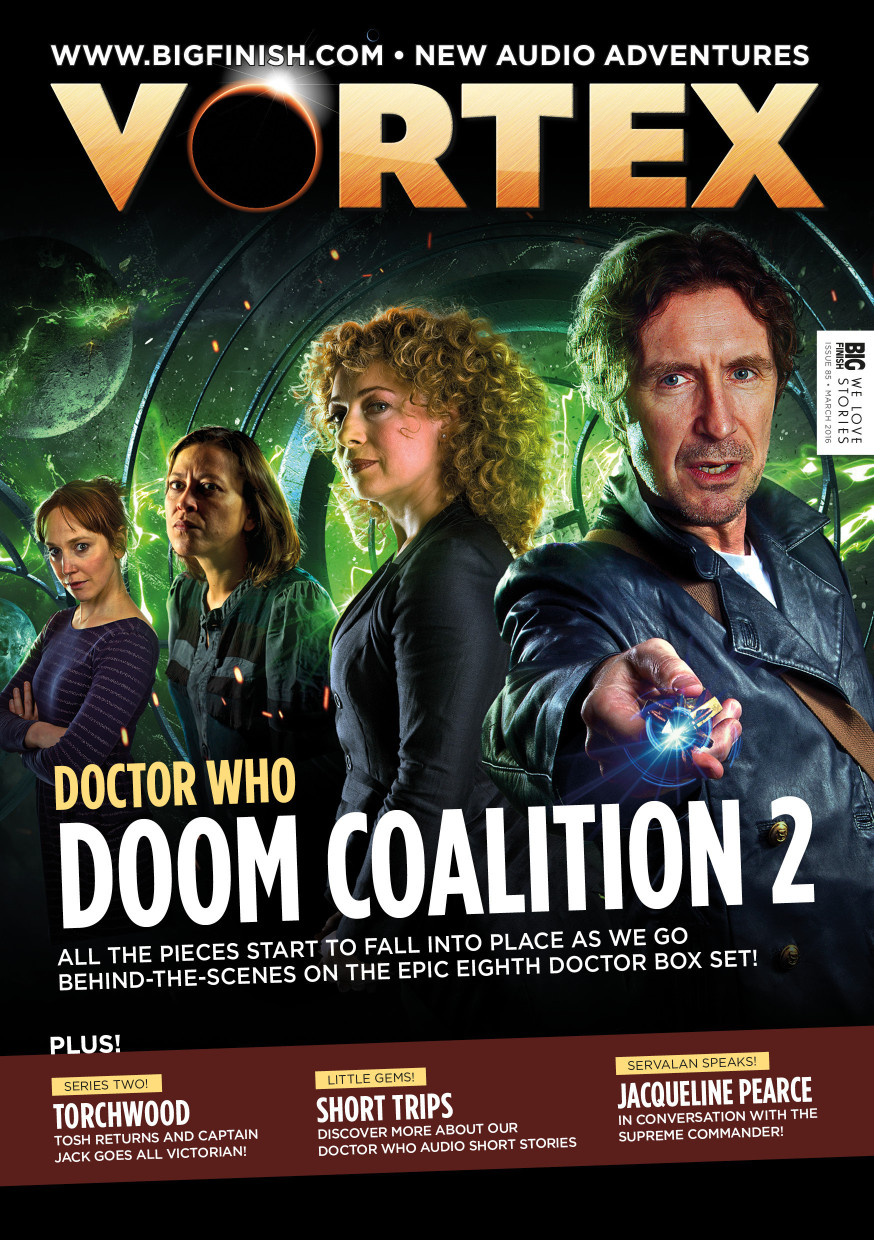 A trip to the studio results in a detailed look at the making of March's continuation of the 8th Doctor's adventures in Doctor Who - Doom Coalition Series 2, including The Eleven himself (himselves?), Mark Bonnar, and some gorgeous photos.

With Sheridan Smith soon to return to Big Finish as Lucie Miller, we look at the Doctor Who - Short Trips range and talk about how these new stories came about.

There's a preview from the producer of the upcoming The Companion Chronicles - The Second Doctor Volume 1, looking at this June release.

Ahead of this month's two-disc interview release Call Me Jacks, Kenny Smith carries out his own interrogation of Servalan herself, the fascinating Jacqueline Pearce.

Producer James Goss welcomes in Series 2 of the hugely popular Big Finish Torchwood releases, looking at upcoming stories coming new to all of us, including former Doctor Who producer and writer Russell T Davies!

Doctor Who - The Lost Stories' 2011 story Hexagora is this month's Listeners title - producer David Richardson and writer Paul Finch travel back in time to the recreation of a Fifth Doctor story which never made it to screen.