You are here
Tags : Stop Press Doctor Who News UNIT

Brigadier Winifred Bambera returns to the UNIT front line in her own brand new series of full-cast audio dramas from Big Finish Productions.

The Brigadier is back! But probably not the one you were expecting. As revealed in Doctor Who Magazine issue 573, Angela Bruce, who made her Doctor Who debut in the 1989 TV adventure, Battlefield, will don camo gear once more for a new series of audio adventures, due to begin in June 2022.

The three action-packed new stories are: 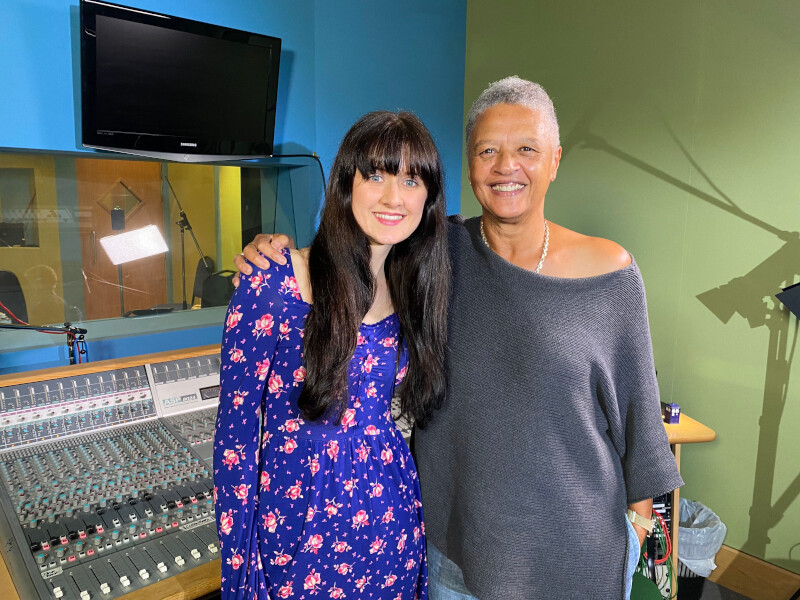 Angela Bruce said: “If I wasn’t Brigadier Bambera as she is now in this wonderful box set, I’d marry her. I would. I’d marry her. I find her irresistible. Within one character, you get to have all the control and all the power that you have ever desired. I feel deep joy in bringing her back.

“You’re meeting Bambera – and me – at a time when I’m full. Bambera’s happy in her own skin. And so am I. So this is the right time to meet her again. I think fans will love these new UNIT adventures. It’s brought that hunger back in me. Brigadier Bambera’s getting stronger every day.”

Producer Emily Cook added: “Brigadier Bambera is back! A series of UNIT adventures led by Bambera is something I know many fans have been anticipating for a long time. (Rightly so – it’s an obviously brilliant thing to do.) And finally, here we go!

“This is a distinct new era for UNIT. Brave New World is set in the late 1990s. The Cold War is over, the geopolitical landscape is in flux and the Millennium is fast approaching. Brigadier Bambera is deemed the right candidate to lead UNIT into the 21st century. But in this brave new world, the stakes are higher than ever…

“It’s been incredible fun developing this series and exploring Bambera’s life beyond Battlefield. Like Bambera, Angela herself is a phenomenal character to work with. We’ve had the most wonderful, lively days in studios. It’s so thrilling to see Bambera in action again. And that’s the joy of Big Finish. These brilliant characters get the spotlight they deserve!”

UNIT – Brave New World: Volume 1 (title TBA) is now available to pre-order as a collector’s edition box set (3CD + download) at £19.99 or on download only at £16.99, exclusively from the Big Finish website.

Volume 2 (title TBA) is due for release in November 2022. Big Finish listeners can save money by pre-ordering both volumes together in a bundle for just £38 (on collector’s edition CD + download) or £33 (download only).