Adapted from the comic strips by Pat Mills and John Wagner, originally published in Doctor Who Weekly, The Comic Strips Adaptations Volume One will bring the Star Beast and the Iron Legion to the 21st century!

More story details for The Comic Strip Adaptations being released in March 2019 are available now.

1.1 Doctor Who and the Iron Legion adapted by Alan Barnes

1979 AD! Led by the terrible General Ironicus, the mighty Iron Legion – robot veterans of the Eternal War – have come, seen and conquered the English village of Stockbridge!
Caught up in the mayhem, the Doctor pursues the Legion back through the great Dimension Duct to their place of origin – an alternative Earth where Rome never fell…
But can he survive the horrors of the gladiatorial Hyp-Arena long enough to uncover the terrifying secret at the heart of the Galactic Roman Empire?

1.2 Doctor Who and the Star Beast adapted by Alan Barnes

1980 AD! In Yorkshire, the authorities have dismissed reports that an Unidentified Flying Object was seen plummeting towards the ground… moments before the explosion that destroyed the Blackcastle Steel Mills. After all, Blackcastle is the last place on Earth aliens would ever want to visit…
Local teenagers Sharon and Fudge know better. ’Cos they’ve found an actual space alien hiding in the allotments. He’s their alien. Their secret. And his name is… The Meep.
He’s not the only alien in Blackcastle, though. His pursuers, the terrible Wrarth Warriors, are on his trail, along with their unwitting accomplice: The Doctor!

Nicholas Briggs, director of the Fourth Doctor audio adventures, explains: “These Fourth Doctor The Comic Strip Adaptations have a whole different feel to them. It’s like they’re from a parallel universe vision of Doctor Who. Tom Baker spotted it straight away, emailing me the moment he’d read the Iron Legion, commenting that this was ‘a bit DIFFERENT’ – actually typing ‘different’ in capitals! But he rose manfully to the challenge and entered into the spirit of it all wonderfully. And that spirit is that they are, essentially, wackier.

“The Star Beast has a slightly different feel. The alien monster craziness is contrasted sharply with a dash of kitchen sink drama and a touch of Grange Hill, which predated the TV series exploring more domestic settings. It’s interesting how the brilliant writers of these comics strips, Pat Mills and John Wagner, kind of anticipated this. Alan has a great love for Pat and John’s work, and he was absolutely the right fit to adapt these beautiful, bonkers adventures of an extra-eccentric Fourth Doctor.”

Rhianne Starbuck will be playing Sharon alongside the Fourth Doctor in The Comic Strip Adaptations. You can read all about this new companion here. 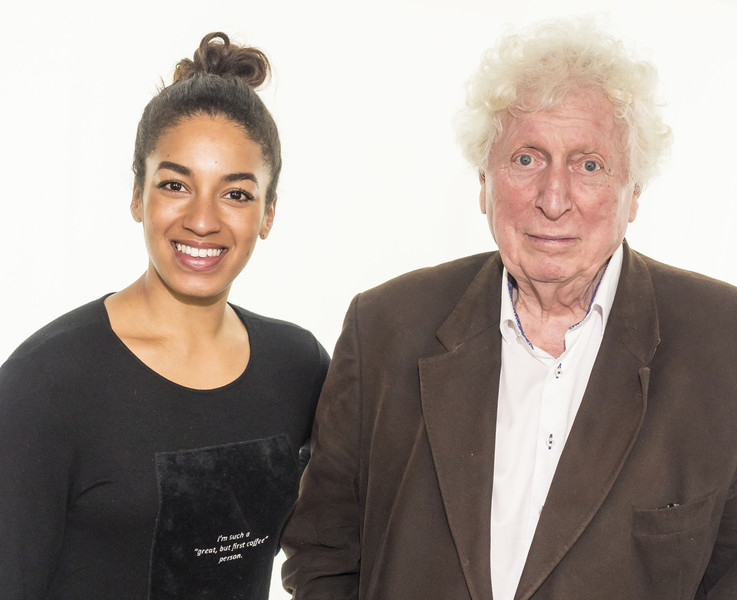 The Comic Strip Adaptations Volume One will be released in March 2019 as a 5-disc CD box set for £23 or on download at £20 from Big Finish.

Or you can get it together with The Seventh Doctor The New Adventures Volume One at the bundle price of £45 on CD or £40 on download.

For fans of the Fourth Doctor, don’t forget that volume one of the latest series of The Fourth Doctor Adventures, The Syndicate Master Plan, is available now. Welcome Ann Kelso, a new companion for the Fourth Doctor played by Jane Slavin – she’s sure to make a huge impact on his life...