Alex Kingston is set to reprise her stellar role as the Doctor's wife, River Song, in two more audio series of The Diary of River Song from Big Finish Productions - with River going back in time to clean up her husband's timeline...

Another two series of The Diary of River Song can be confirmed today, with Series Six arriving in August 2019 followed by Series Seven in January 2020.

Big Finish will be confirming more details over the coming weeks, but today we can reveal that in the final story of The Diary of River Song Series Six, River will be travelling back to Victorian London, just before the classic Fourth Doctor story, The Talons of Weng-Chiang.

In The Talents of Greel, by Paul Morris, River will be playing detective, working out what is happening to the performers of London town, and her investigations take her to the Palace Theatre where she’ll meet Henry Gordon Jago, played by Christopher Benjamin.

David Richardson, producer, tells us more: “Working in the wonderful world of The Talons of Weng-Chiang is not unusual for me having produced so many spin-off audio adventures for Jago and Litefoot. Here we are back at the Palace Theatre, in those last days before Jago met Litefoot, when the maniac Magnus Greel is skulking below in his secret laboratory, and his servant Li H’Sen Chang is performing on stage and doing his master’s bidding.

“We’ve worked hard to authentically recreate the story – think of this as episode zero of The Talons of Weng-Chiang; our guest cast all watched the original before coming to the studio. Needless to say Angus Wright, Nicholas Goh and John Paul Connolly make a fantastic Greel, Chang and Casey!” 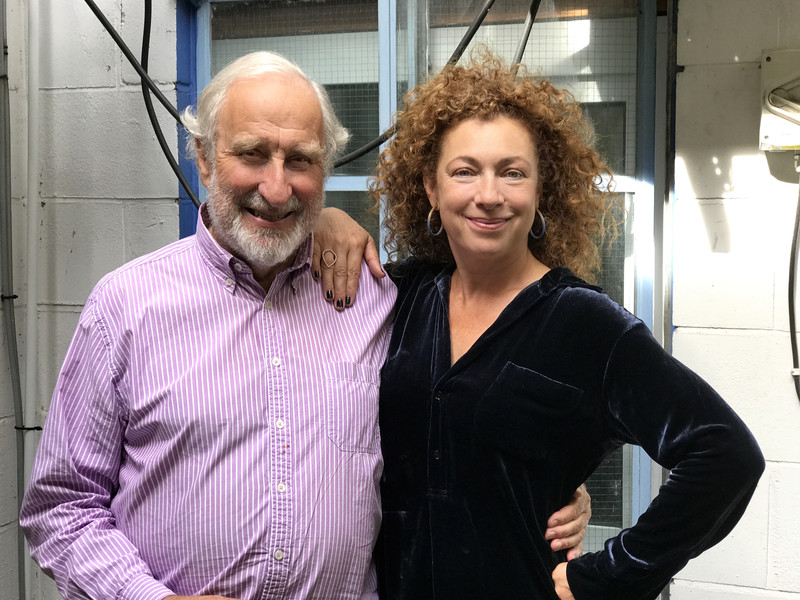 Alex Kingston told us more about side-stepping into these classic stories from the Whoniverse: “I’m loving the idea of going back and utilising stories already aired… it’s a real writers’ time travel! It’s lovely to stay holding onto these series from the past, bringing back these characters and giving them life again. There’s endless opportunities! Let’s just not go to the giant maggots…

“Christopher Benjamin is just delightful and extraordinary… he has a fabulous voice, and he is very funny!”

Don't forget that next year sees River facing off against four incarnations of the Master in Series 5.