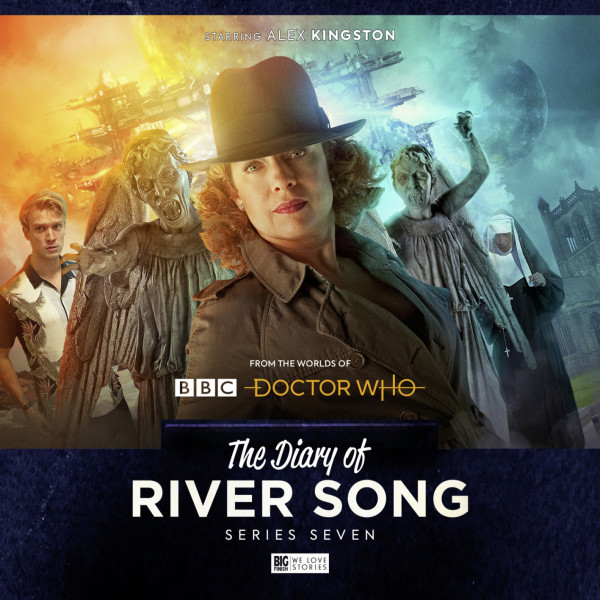 CD + Download
US $43.42
Buy
Download
US $37.21
Buy
Save money with a bundle Login to wishlist
47 Listeners
recommend this

River Song finds many amusements away from the Doctor. Not least of them is solving impossible mysteries, cracking insoluble crimes.

7.1 Colony of Strangers by James Goss

On the bleak Nordic colony of Bondar, bodies are washing up on the beach.

The Mayor and the police are mystified. But then a prime suspect turns up. A suspect who might be their best hope of solving the case.

7.2 Abbey of Heretics by Lizbeth Myles

Outside the walls of a remote 12th Century Abbey, England is at war.

Inside, a strange sickness runs rife, and there are rumours of a devil in the woods. Death stalks the novices. When Sister Melody arrives in search of a book, she may be their only salvation.

7.3 Barrister to the Stars by James Kettle

River stands accused of murder. Her one hope is being allowed to choose the legal system under which she’ll be tried.

Enter Roger Hodgkiss: curmudgeonly barrister, plucked from a 20th Century English courtroom. He may be out of his depth, but he’ll always stand up for the underdog.

7.4 Carnival of Angels by Roy Gill

New York. 1930s. Melody Malone is new in town and her detective agency is called on to solve an impossible murder.

River’s investigations lead her to a curious carnival ride, offering trips to either Heaven or Hell. But with Angels in waiting, Heaven may not be the best choice...