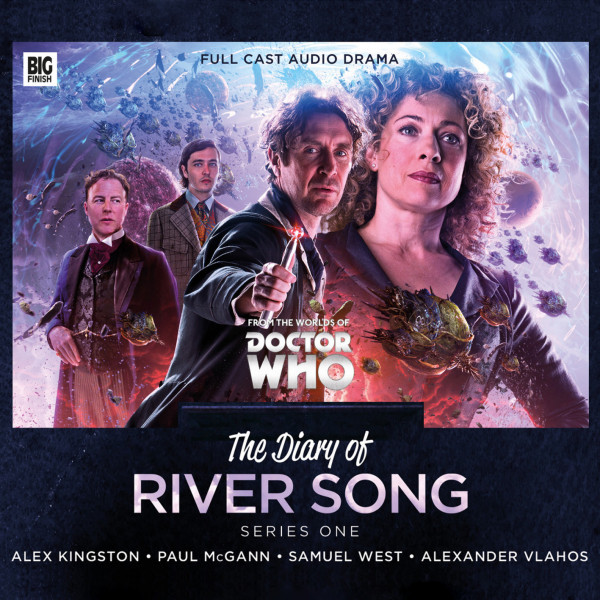 CD + Download
US $42.18
Buy
Download
US $36.15
Buy
Save money with a bundle Login to wishlist
91 Listeners
recommend this

1.2 I Went to a Marvellous Party by Justin Richards

River Song always enjoys a good party, even when she’s not entirely sure where or when the party is taking place. But the party she ends up at is one where not everything – or indeed everyone – is what it seems…

River is confident she can find the killer. But can she identify them before anyone else - or quite possibly everyone else - gets killed?

But River has help. Her companion is a handsome time-travelling stranger, someone with specialist knowledge of the oddities and dangers the universe has to offer. For Mr Song has a connection to River's future, and he would never want his wife to face those perils alone...

1.4 The Rulers of the Universe by Matt Fitton

As shocking secrets are exposed, and a grand plan for the universe is revealed, River decides it's time she took control of events once and for all.

Out in deep space, a clandestine society faces off with an ancient and powerful alien force – but, for River, there's an added complication.

The Eighth Doctor has been caught in the middle, and she must make sure her future husband can arrive at his own destiny with all his memories - not to mention his lives - intact...

The Diary of River Song is a bold, self-confident production that justifies the BBC's trust in finally allowing Big Finish to play in the sandpit of twenty-first century Doctor Who.

Shop all audiobooks
Next release in this range: The Diary of River Song: The Boundless Sea (DWM530 promo)