You are here
Tags : Survivors

The story details and artwork can be revealed today for the final release in the current series of Survivors. Having survived the 'Death', Abby and Jenny must face the toughest choices yet for the future of the human race...

Terry Nation’s Survivors is drawing to a close with Series Nine and what an epic finale we’ve in store for you. Happily this isn’t the end of the audio adventures from the world of Survivors, but the current ongoing narrative will be wrapped up at the end of this series, due for release in June 2019.

The world has ended. The ‘Death’ pandemic crossed continents, sparing only a fraction of the global population. The survivors are now trying to pick up the pieces and rebuild society – to create a new future. But with no cities, no laws, no technology, everyone must start over. And the worst of human nature has survived along with the best... 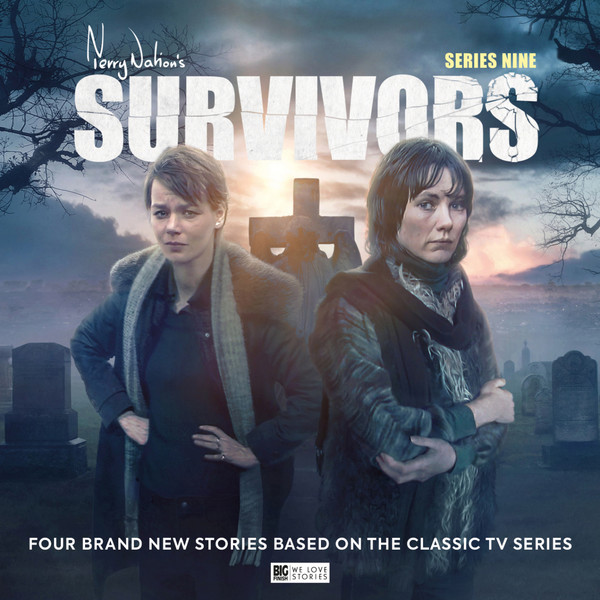 9.1 The Farm by Jane Slavin

After a short, sharp coup, power has shifted and a new order asserts control over the country. Meg Pritchard believes she is the leader who can draw together the threads of civilisation.

With the men sent to war, Jenny must help the women of ‘The Farm’ see the truth behind their new society…

9.2 Hearts and Mines by Christopher Hatherall

The Protectorate now holds resources once shared by the Federation. Its enemies are branded terrorists, as they skirmish up and down the country.

Craig wants to strike a decisive blow, while Abby still hopes for reconciliation with her son. Ruth is caught between her friends: can she stop them both from making terrible mistakes?

9.3 Fade Out by Roland Moore

Robert Malcolm is closing in on the ringleaders still struggling against the Protectorate. Peter Grant has reasons to make this fight personal.

But the fugitives, hiding in an abandoned cinema, find that people are tired of war. When the soldiers come to town, for some, this will be their last stand.

The Protectorate tightens its grip on the fragile infrastructure of a country in recovery.All stirrings of rebellion must be crushed.

But Jenny has a plan to unseat its leaders once and for all. And now she, Abby and Peter Grant are heading inexorably towards a final confrontation.

Producer David Richardson told us about the mammoth achievement of continuing the epic television show across nine series on audio: “Working on Survivors has been one of the personal highlights of my 11 years of Big Finish. We’ve had the opportunity to make 36 brand new full-cast episodes that have been dark, richly dramatic and bold.

“But all good things must come to an end and this box set brings the current Survivors story arc to a conclusion – and what a finale it is. I think we have the perfect bookend to that very first TV episode, The Fourth Horseman, broadcast back in 1975.”

Or why not save money and pre-order Series Nine and get Survivors Series Eight in a bundle at £50 on CD or £40 on download.