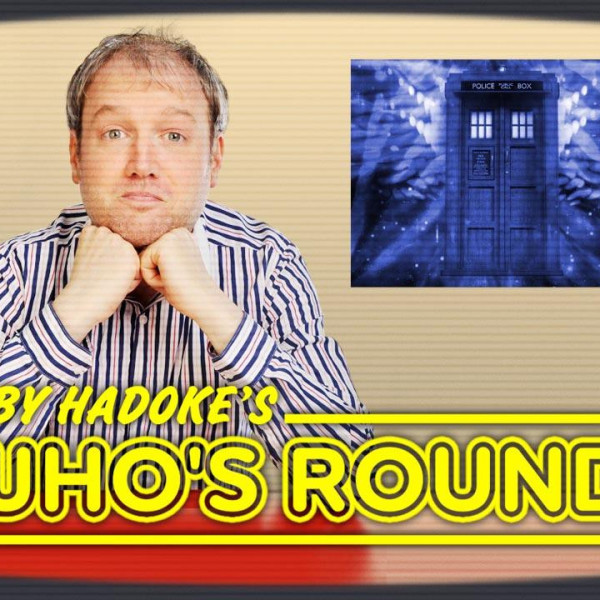 The intrepid Toby Hadoke seeks out not only another Doctor Who celebrity, but a slightly quieter place to interview him! This time, writer and high ranking police officer Andrew Smith is in the spotlight...

Not literally, of course. We can't afford a spotlight. But Toby does have a microphone. Thank goodness.

As many of you will know, Andrew wrote the Tom Baker story Full Circle, which was the third serial of the 18th season in the British science fiction television series Doctor Who, which was first broadcast in four weekly parts from 25 October to 15 November 1980. At least, that's what it says on wikipedia! Andrew has more than that to say, and that's for sure.

Toby continues his brave quest to get an anecdote about every Doctor Who episode ever broadcast on television. It's a quest he fully intends to have completed by the end of this 50th Anniversary year for Doctor Who. But, as we all know, the road to ruin is paved with good intentions...

Go, Toby! That's what we at Big Finish say.

And for those of you wondering when our regular podcasts will re-commence, don't worry. Paul Spragg is rehearsing his latest 'funny' lines as we speak. Both he and David Richardson will be back before too long. Having recently finished his Doctor Who novel for BBC Books, Nick Briggs will also be back in front of the microphone.

By the way, if you haven't caught up with Andrew Smith's latest Doctor Who work, you may like to consider The First Sontarans, featuring Colin Baker as the Doctor and Nicola Bryant as Peri, in an adventure originally planned for the TV series... A big, epic war story that reveals the hidden history of the Sontarans.

Don't forget, if you'd like to contribute either in the written word or in audio form, please send your contributions to podcast@bigfinish.com.