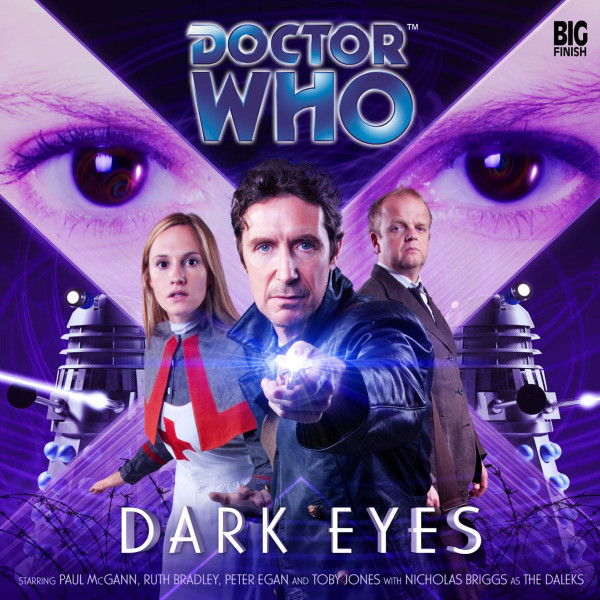 This week's podcast takes a look at current goings-on in the studio and previous goings-on during the recording of Doctor Who: Dark Eyes!

It's podcast time, and this week line producer David Richardson and general annoyance Paul Spragg are living it up in the studio with Doctor Who stars Katy Manning and Richard Franklin (Jo Grant and Mike Yates from the Jon Pertwee years), recording The Mega, while head honcho Nick Briggs quite literally phones in his performance from his secret writing hideaway.

This week we take a look at the newly released Doctor Who: Dark Eyes - the next phase of the life of Paul McGann's Eighth Doctor (see on TV in the 1996 TV movie) -  wth a spot of listener feedback and some behind-the-scenes footage from the story, and throw our support behind our one and only Sixie, the currently jungle-ensconced Colin Baker.

You can download or stream the podcast now, and if you want to get in touch with further feedback, simply mail us on podcast@bigfinish.com